‘The Awesome Adventures of Captain Spirit’ Is Free, Hits Next Month 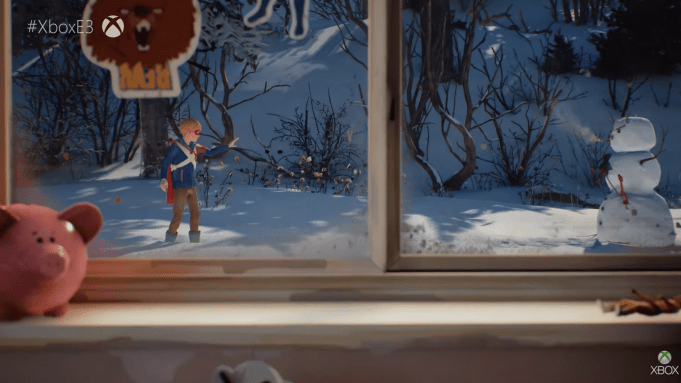 “The Awesome Adventures of Captain Spirit,” is the next game from publisher Dontnod set in the universe of their “Life is Strange” games, Microsoft announced on stage during its E3 press conference Sunday.

The game will be free when it hits on June 26.

The Square Enix published game will feature an original story in the “Life is Strange” universe and seems to feature the relationship between a father and his son.

In the trailer we seen cuts between the child playing pretend with a number of toys both inside and outside and then what is happening in his imagination … or perhaps the real world.

Word appear between the scenes

“We’ve all flown a spaceship to unexplored planets. We’ve all fought monsters and unleashed our super powers because we’ve all been children.”

Dontnod most recently published a vampire action RPG called “Vampyr.” The studio is also working on a game with Bandai Namco entitles “Twin Mirror,” which is set for a 2019 release, and “Life is Strange 2,” which has no tentative release date yet.