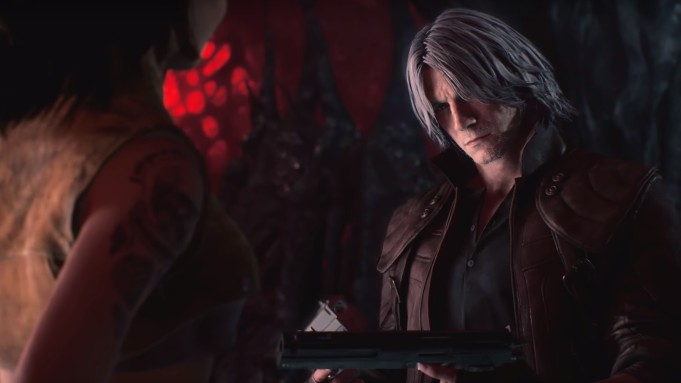 Dante is back with new weapons and a new ally in the latest “Devil May Cry 5” trailer released by Capcom Thursday.

There’s plenty of fast-paced, gory action to marvel at in the new trailer— some of it courtesy of old weapons, like Dante’s trademark Rebellion sword and his Ebony and Ivory pistols. He’s got some new tricks though, courtesy of a massive motorbike that splits into two blades and is then used to obliterate demons in stylistically violent gameplay cuts.

We knew Nero was joining Dante in the task of taking back the city overrun with demons, but now we have a new playable character to meet. V, a mysterious new character who is a client of the “Devil May Cry” office makes his first appearance in the trailer, spouting dialogue with the help of a book of poetry— though Capcom stated that “more will be revealed about V in the coming months” in a press release. Returning characters include Trish and Lady.

“Devil May Cry” is coming March 8, 2019 for Xbox One, PlayStation 4, and PC. The Deluxe Edition of the game is available for preorder now, and includes in-game exclusives like Devil Breaker arms for Nero (one of which is based on Mega Man’s Mega Buster) and the ability to replace cutscenes in the game with “behind-the-scenes pre-viz live action versions.”

The new DMC trailer was released during the Tokyo Game Show, held from Sept. 20 to 23. It’s only day one, so there’s sure to be more revealed from TGS 2018 in the coming days— and we’ll have it all right here at Variety.