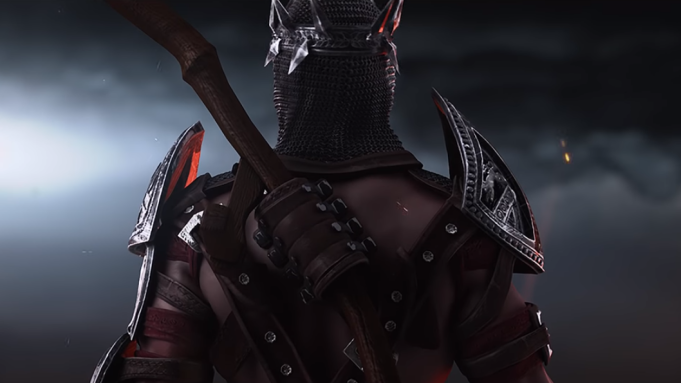 The game was loosely based on Dante Alighieri’s long narrative poem “The Divine Comedy.” But, it reimagines the poet as a Templar knight who goes on a bloody journey through the nine circles of Hell to rescue Beatrice from Lucifer.

Peleg created his first “Dante’s Inferno” fan fiction short four years ago. As a lover of both fantasy/medieval art and action-RPGs, he said in a recent behind-the-scenes blog post the game couldn’t have come out at a better time.

“The game had killer gameplay, awesome combat animations, great soundtrack, audio, and VFX,” he said. “Dante’s fortitude wasn’t his only trait. His personality had great depth; a tormented soul that matured throughout his journey in the inferno. Graham McTavish’s superb voice acting was one of the dominant reasons the character resonated with me. Another fascinating aspect of the game, to me, was that Visceral Games revisited the poem with a very strong theological theme. It’s interesting as many pop culture lore of hell and heaven or angels and demons had stemmed from theology. ‘Dante’s Inferno’ went head on into the source, into a unique Christian backdrop.”

Because this was a small-scale fan project, Peleg said he had to handle almost everything himself in his spare time.

“This means managing it from my own pocket and calling up favors from colleagues, all along while having a full time day job. It’s virtually impossible to find a top tier artist that would be willing to work on a completely unknown side project for no financial reward, let alone forming an all-around team of artists,” he said.

Peleg had to rely on pre-made digital assets from online stores, and affordable “A-list material” is apparently hard to find. “Uncertainty was a growing challenge each time I sought out work in order to move forward. Ultimately, it served as a testament to the importance of logistics, responsible communications and resolve in order to wrap up such an ambitious project,” he said. “I would like to thank all the fans and everyone that had supported me along the way.”