‘Hades’ Is The Latest Isometric Action Game From Supergiant 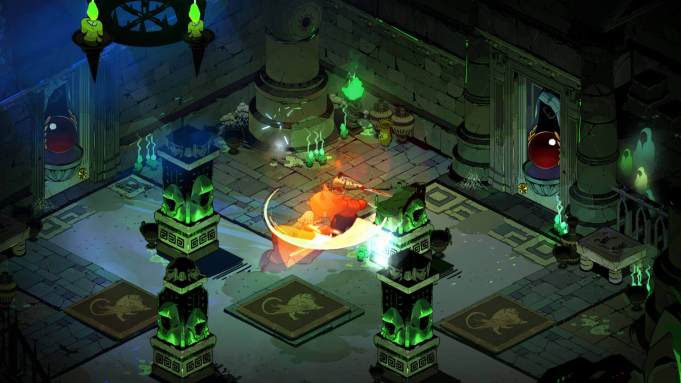 “Bastion” and “Transistor” developer Supergiant Games revealed its latest project at The Game Awards on Thursday.

“Hades” is an isometric action game with a Greek mythology theme. “Defy the god of death as you hack and slash your way out of the Underworld in this rogue-like dungeon crawler,” the official website states.

It’s available now in early access on the new Epic Games Store for $20. It’s still in active development, Supergiant says, so expect regular updates with new features, events, characters, and more. This is the first time Supergiant has done an early access title, and it explains that decision in a FAQ on the official website.

“From the moment we started to imagine the concept for ​’Hades​,’ we’ve been excited to create a game we could continue building and improving once it was in your hands. We think developing ​’Hades’​ in Early Access is key to making it the best game it can be, which is our goal,” it said.

“With each of our previous games, we announced with playable builds available only to a relatively small number of people who attended the events where we debuted those games. This time, we wanted everyone to be able to play our game as soon as we felt it was ready to reveal. More importantly, we think what we can build while taking your feedback into account will be much better than if we were to work in relative secrecy until it was done.”

Of course, Supergiant is known for its storytelling, and the opportunity to deliver a serialized tale is one of the many reasons why it went the Early Access route. “Think of our Early Access launch as the pilot episode of a new series,” it said. “You can look forward to meeting close to 20 different fully voiced characters, and experiencing the setup for the story, along with hours of unique events and interactions.”

“You can engage with the narrative as much as you like, so if you just want to dive in for a quick hack-and-slash session, ‘Hades’ has you covered.”