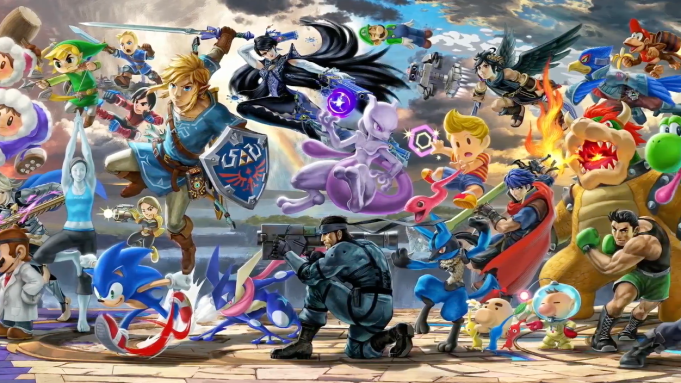 Nintendo gave players a closer look at “Super Smash Bros. Ultimate” for the Switch on Tuesday. The game was first announced back in March with a teaser revealing that characters from “Splatoon,” such as the Squid Sisters, would be included in the new “Smash” title.

Although the selection of fighters you start with may be small, the game will feature the biggest unlockable roster in the history of the series, bringing back every single character who’s ever been included in a previous “Smash Bros.” game.

The game’s progression system is streamlined so that you’ll always feel like you’ve just unlocked a new character, Nintendo says. Stages will include the Spirit Train from “Zelda: Spirit Tracks,” Moray Towers from “Splatoon,” and Great Plateau Tower from “Breath of the Wild.”

Nintendo’s re-releasing the GameCube gamepad and making it compatible with the game. New collectible Amiibo figures will be released alongside the game. “Ultimate” will also see the “Smash Bros.” debut of the character Ridley, a villain originally seen in “Metroid” (1986).

“Super Smash Bros. Ultimate” is slated for release on December 7, 2018.