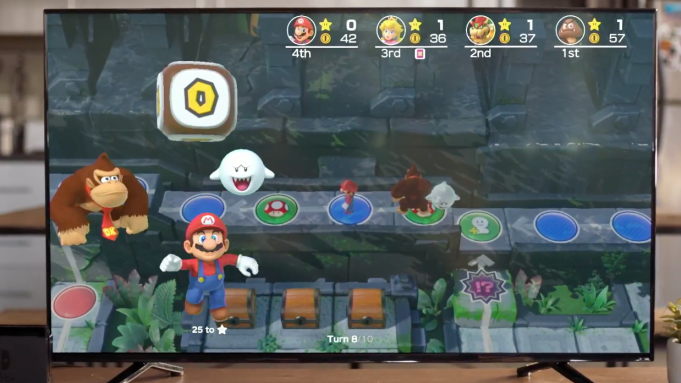 A new trailer reveals “Super Mario Party” is coming to the Nintendo Switch, unveiled during Nintendo Direct on Tuesday.

The original Mario Party mode will be included with new features including “character dice blocks, a party system, and new boards to explore” according to the game’s official website.

“With new modes and new minigames coupled with original board gameplay, the party starts anywhere, anytime, and with all kinds of players,” the official website states. “The original board game style has been kicked up a notch with deeper strategic elements, like specific Dice Blocks for each character.”

“Super Mario Party” will include 80 new minigames that will implement the Joy-Con controllers in different ways. Players can try them out solo or play with up to four total.

Nintendo streamed previews of their upcoming titles directly to the fanbase as a part of their Nintendo Direct E3 showcase.

This story is developing.