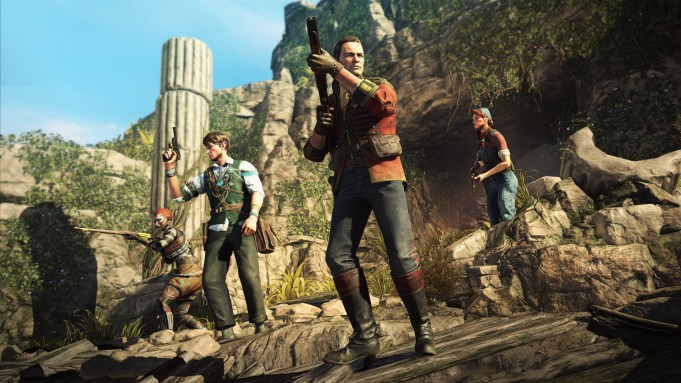 The publisher describes the upcoming title as a “rip-roaring 1930s adventure,” and the trailer shows off the action players can look forward to. There’s a lot to see here, and the entire trailer is made up of actual gameplay footage from the beta version, so what you see is what you should get.

The new trailer is released just in time to get people excited before E3, as it has been a few months since the release of the first trailer for “Strange Brigade.” The level shown in this new trailer is from the previously unreleased “Hidden Valley,” which will be shown off at E3 this year as well, according to Rebellion’s PR team.

“Shooter” seems too narrow of a category for “Strange Brigade,” as the characters also show off supernatural abilities and even interact with the environment. In a few shots, they show a playable character setting off environmental traps to kill oncoming hordes of zombies, dropping cargo on them and setting off explosions.

Also shown is a large door with color blocks that appear to form a snake if the player can manipulate them correctly, hinting at “Strange Brigade’s” puzzle elements.

Players can complete the campaign solo or cooperatively with two to four players– but it looks like more fun to play together. “Strange Brigade” is coming to PS4, Xbox One and PC on Aug. 28. Watch the trailer above.