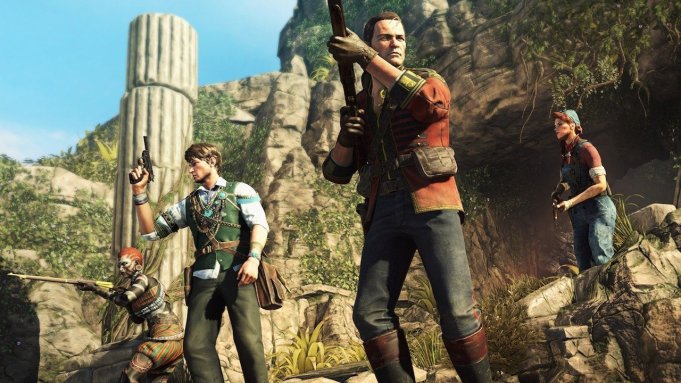 Rebellion’s cooperative third-person shooter “Strange Brigade” is bringing its unique brand of “1930s adventure” to consoles when it debuts at the end of August with a new, free character.

The free addition to the game, “gentleman explorer” Winston Bey, will be up for grabs for all players who pre-order or purchase “Strange Brigade” on any platform it’s released on for the first 30 days following the game’s launch. The distinguished journalist, spy, and traveller sees the Brigade’s hijinks as more “amusing” than anything, but it looks like he might be a more permanent part of the crew, whether he knows it or not.

The game’s new launch trailer gives players a peek at its chaotic multiplayer action, riddled with traps, mythical enemies, and various puzzles that folks will need to put their heads together to solve.

“Strange Brigade” certainly lives up to its name, as its colorful cast of characters is certainly a motley crew, outfitted with special supernatural abilities and other ways to interact with their surroundings. It looks like a fun, campy twist on the typical co-op experiences currently out there, and should offer a nice bit of silly, challenging fun for players who dare to take on its puzzles.

Players can tackle the game’s campaign alone or with up to two to four friends, which is obviously what “Strange Brigade” is geared toward. It’s setting down on Xbox One, PlayStation 4, and PC on Aug. 28, so get prepared with the raucous new launch trailer and gather your squad.