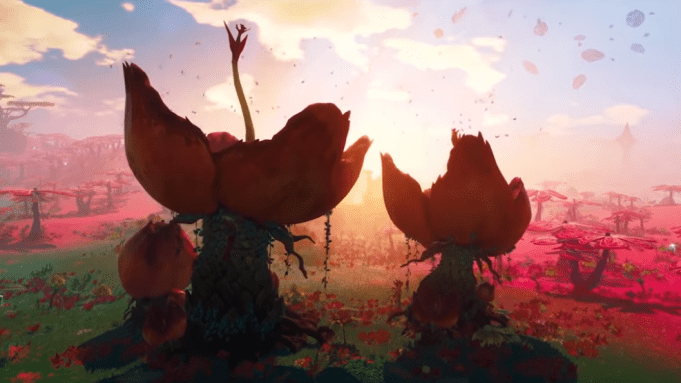 Nintendo released a new trailer on Wednesday for Ubisoft’s “Starlink: Battle for Atlas,” and it highlights some of the game’s massive and colorful alien worlds.

There are seven in total, and each has its own flora and fauna. The planet Ashar, for example, is volcanic and teeming with deadly creatures and toxic gas vents. Haven, meanwhile, is a beautiful, peaceful environment with plants that tower 80 stories tall. “Starlink” is Ubisoft’s largest open-world game to date, the publisher said, and each massive hand-crafted map has unique wildlife, climates, and terrain.

The trailer also gives a glimpse of the game’s big bad, a crystalline alien race called the Forgotten Legion. It looks like there will be plenty of opportunities to battle these enemies. There are scenes of dogfighting in space, plus what looks like a giant spider-like mech opponent on a planet’s surface.

“Starlink” is an action-adventure game with a toys-to-life component. Players can modify physical spaceships with different parts — wings, weapons, pilots, etc. — and clip them to their controllers for use in-game. “Starlink” also features drop-in/drop-out multiplayer. Each physical toy unlocks a digital copy when connected to a controller mount, Ubisoft said, so two people can play with the same starship, one physical and one digital. The physical toys are completely optional, however. People can play the game digitally without buying a single one, Ubisoft said.

The game comes out on PlayStation 4, Nintendo Switch, and Xbox One on Oct. 16. Ubisoft revealed during E3 that Switch owners will get exclusive content at launch. Both Star Fox and his Arwing will be available in-game.