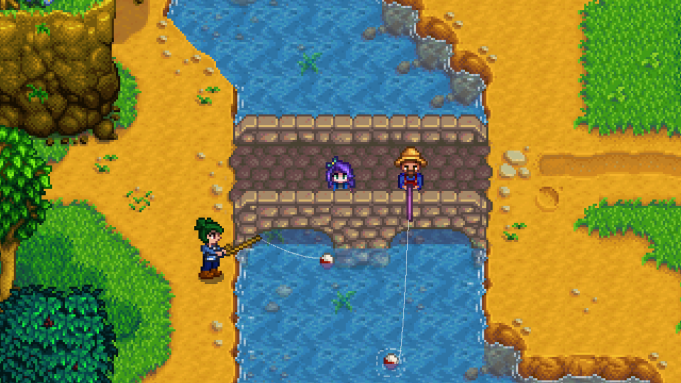 Mobile game studio The Secret Police is handling the port. The iOS version is the full game, Barone assures fans, and it plays almost identically to its PC and console counterparts. “The main difference is that it has been rebuilt for touch-screen gameplay on iOS (new UI, menu systems, and controls),” he said in a blog post.

“Stardew Valley” on mobile has all of the single-player content released in the big 1.3 update, including the night market and new character events. But it doesn’t include the PC version’s recently added multiplayer features, and Barone stresses that development of the mobile port isn’t impacting work on the console multiplayer ports.

“Console multiplayer is making great progress and I have every intention to release it as quickly as possible,” he said. “For a quick update on where it’s at, the Switch Multiplayer update is coming along well, and has now gone into quality assurance testing. Xbox One and PS4 Multiplayer updates will follow (all being done by Sickhead Games). I promise to keep you all updated on any news I get regarding release time frames for all the consoles. I really appreciate everyone’s patience.”

“Stardew Valley” on iOS costs $8 and is available for pre-order now. There are no in-app purchases, Barone said. PC players who want to make the switch to mobile can transfer their save data via iTunes, but there is a caveat. Mods aren’t supported and any save data that’s transferred containing mods can cause compatibility issues.

An Android version is also on the way. Barone said he hopes to have more news about an exact launch date soon.