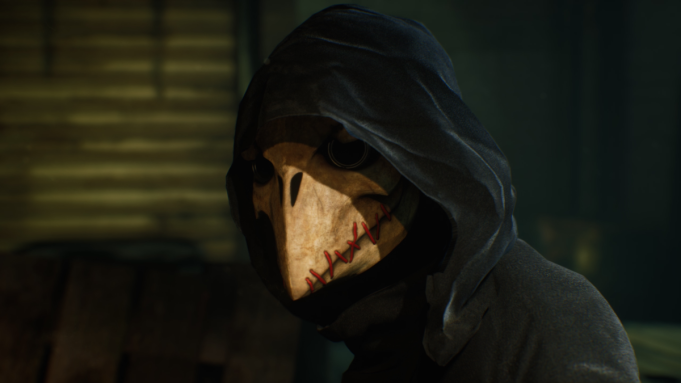 Square Enix’s unique three-hour narrative title “The Quiet Man” has been confirmed for release on PlayStation 4 and PC on Nov. 1.

The hybrid live-action and CG-animated title, featuring deaf protagonist Dane, finds players investigating the kidnapping of a nightclub singer named Lala. The responsible party, or the “Masked Man,” will have to be identified through a series of clues Dane will piece together along the way. Much of the game is devoid of sound, and as such Dane will have to work to figure things out from the way characters interact with the world and how they behave.

Previously, Square Enix producer Kensei Fujinage confirmed that the game will feature “intense and brutal combat,” as well as a total lack of heads-up display. There’s a wide variety of combat interactions, all directed by action expert Tatsuro Koike, who’s previously worked on titles like the Yakuza series in the past.

The ambitious adventure will feature melee segments when things get rowdy, as well as some other intriguing surprises throughout the course of the narrative. It’s a digital-only release that will retail for $14.99, and will be available in Limited Editions for those who purchase on either platform. PlayStation 4 users will get the base game, a PS4 dynamic theme, and eight PlayStation Network avatars.

PC players who purchase the game on Steam will receive the base game and seven desktop and mobile wallpapers. The title will be on sale for 10 percent off on either PlayStation 4 or PC from Nov. 1 through Nov. 15 as well.