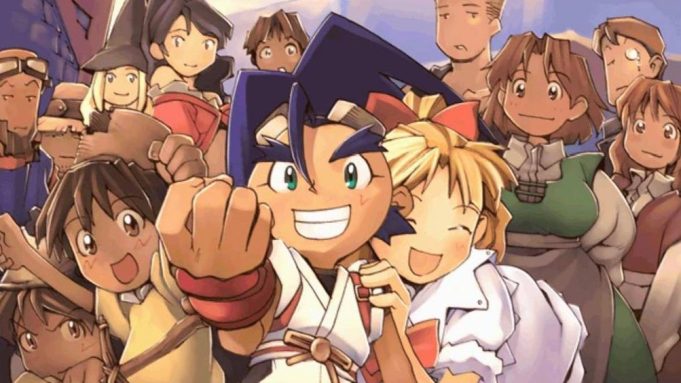 Monday marks the 20th year anniversary since the title’s release in Japan on July 16, 1998. The game would later be released in North America in October of 1998. The action title follows the titular main character, loosely based on the historical Japanese swordsman Miyamoto Musashi.

The video features artwork of classic characters from the game, including Musashi, Princess Fillet, and various townspeople and villains the player encounters with some of the most memorable musical tracks from the game playing at the same time.

At this point, it seems that Square Enix is simply recognizing the PlayStation title’s milestone, as there are no announced plans for a new Musashi game as of yet. While we could speculate that this means a re-release of the action game, perhaps as a PSOne Classic for the PlayStation Store, the video was not shared to the North America Square Enix YouTube channel. The PSOne Classic version of “Brave Fencer Musashi” was released on the PlayStation store for Japanese customers just before its 10 year anniversary on July 9, 2008. While a digital re-release for North American consumers would be welcomed by fans of the game, it seems something must be holding this possibility up, otherwise it could have been easily made available on the North America PlayStation Store 10 years ago as well.

Perhaps of note, “Brave Fencer Musashi” is one of relatively few titles during the PlayStation era that was almost fully voice-acted. Before “Mega Man Legends,” another original PlayStation title with voice acting, was re-released as a PSOne Classic in 2015, there were concerns from Capcom that the title could not be re-released due to voice acting performances which they were no longer licensed to use among other contractual snafus, according to a 2011 Ask Capcom Live session. Eventually, Capcom must have worked it all out because the title is now available on the PSN Store for download.

So while a re-release of the original “Brave Fencer Musashi” for Americans could be impossible at the moment due to licensing issues for the English voice cast performances, Square Enix disinterest, or some other reason, that doesn’t mean a new “Musashi” title is out of the question in the future. Just please don’t pretend 2005’s “Musashi: Samurai Legend” counts, Square Enix.