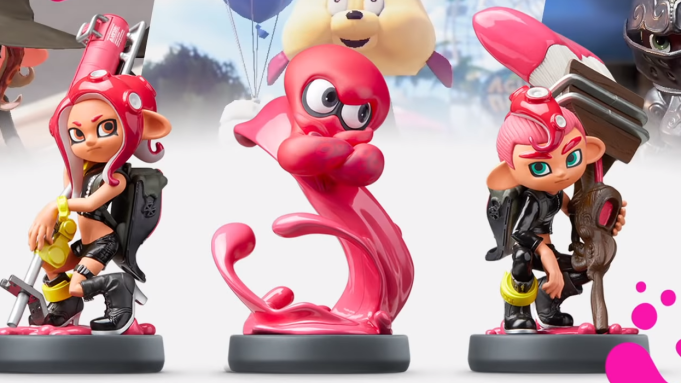 December is an interesting choice for release, as some of the in-game outfits you can unlock look perfect for Halloween, including the “Enchanted” gear which is gained via the Octoling girl amiibo. These outfits make both characters appear to be a spookily-adorable witch or wizard, and look pretty sleek with the mostly-black color scheme.

The Octoling boy gives players access to the “Steel” gear, which makes the “Splatoon 2” character look like a knight in very shiny armor (and this feels like a classic Halloween costume, no?).

The Octoling Octopus amiibo gives “Splatoon 2” players access to the “Fresh Fish” gear, which is based on a popular “Inkopolis” character, according to a press release.

“Super Smash Bros. Brawl Ultimate” will support every previously released “Smash” amiibo. Also, a new amiibo for Inkling from “Splatoon” was announced (as well as an amiibo for “Metroid’s” Ridley) back during E3 2018.