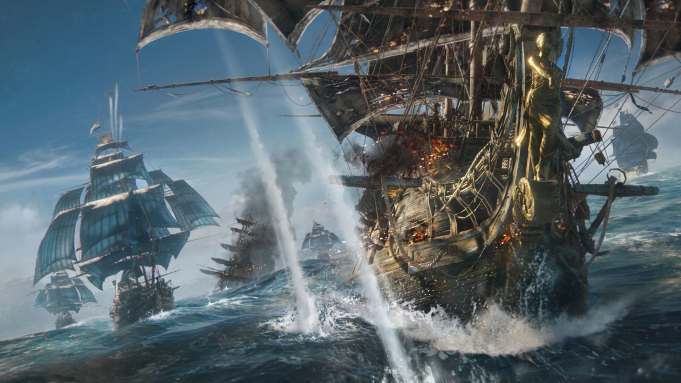 Ubisoft showed off more of its upcoming pirate game “Skull & Bones” at its E3 2018 press conference on Monday.

Ubisoft Singapore creative director Justin Farren took the stage to introduce a new PvPvE mode called Hunting Grounds, where players can sail the Indian Ocean to hunt merchant ships, loot trade routes, and sink enemy vessels either solo or as part of a pirate gang. It will be available alongside Disputed Waters, “Skull & Bones'” dedicated PvP multiplayer mode. Here, a team of five will fight rival gangs over riches and make off with the treasure before deadly pirate hunters track them down. The game will also include something called Deadly Encounters, which Ubisoft will talk more about at a later date.

The essence of “Skull & Bones” is a shared world where every player matters, Farren said. It’s reactive and evolving. Fortunes can reveal changes in factions, weather, and trade routes. Favorable winds mean more targets to plunder, for example, but it also means more competition from other scallywags.

“You’re gonna steal every last fucking coin [in this game],” he promised.

Farren also gave fans a peek at the hideout they’ll use to plot their pirate-y adventures. There, they can use the shipyard to find a vessel that suits them, then customize it with different weapons, crew mates, and more. Nearly every visual aspect of the ship can be altered, including the sails, figurehead, and helm.

“Skull & Bones” looks like Ubisoft took the most fun part of “Assassin’s Creed IV: Black Flag” and ran with it, and I am totally here for that.

Last month, the publisher said in an earnings report it was delaying “Skull & Bones” to “offer players an even more engaging experience.” The game now has a 2019-2020 release window.