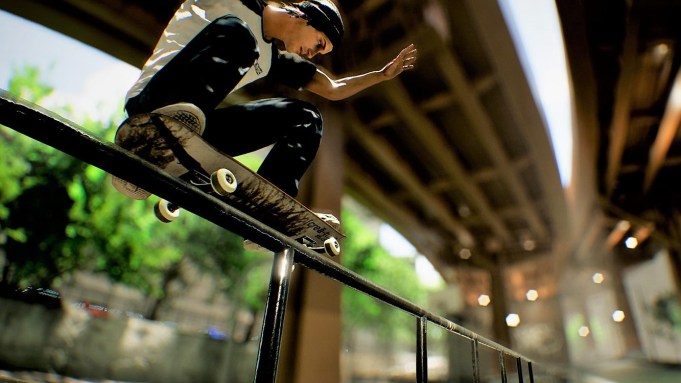 Developer creā-ture Studios showed a trailer for their new skateboarding sim, “Session,” during Microsoft’s Xbox E3 2018 Briefing on Sunday. “Session” arrives on Xbox One and PC in 2018.

“Inspired by the golden era of skateboarding — the early ’90s through the early 2000s — ‘Session’ captures the true culture of the sport, where the goals are expressing your creativity and learning progressive tricks through hard work, perseverance, and a bit of madness,” creā-ture Studios said in a press release. “The game has authentic recreations of some of the most legendary skate spots on earth, where you can film your friends and blow minds by creating the gnarliest video parts — in classic VHS style, of course.”

In addition to its “Filmer Mode,” which allows players to capture, edit, and share footage, the game promises a fresh, simulation-style approach to the skateboarding genre that the developer hopes will set it apart from the “arcade” skating titles of the past.

More information about the game will be made available in the coming months.