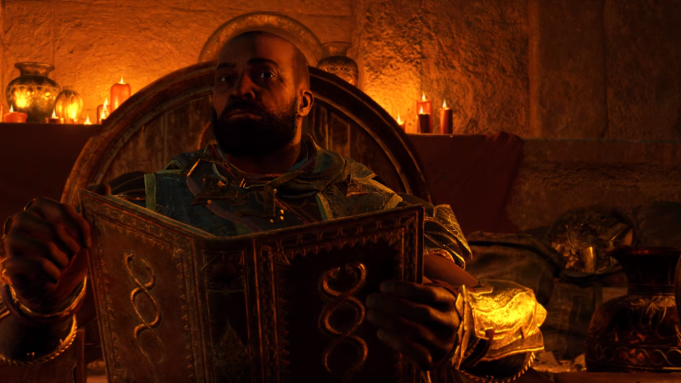 The all-new content arrives May 8 and focuses on Baranor, Captain of Minas Ithil, who has escaped the ruined city and reunited with his long-lost brother Serka. Together, they will hire an army of mercenaries, survive an all-new desert environment, conquer a marauder fortress, and kill a ton of orcs along the way.

“Middle-Earth: Shadow of War” is currently available on PC, PlayStation 4, and Xbox One. It’s an open-world action RPG set between the events of “The Hobbit” and “The Lord of the Rings.” It received generally positive reviews from critics when it first launched, but quickly came under intense criticism for its microtransaction system. Developer Monolith Productions later decided to remove microtransactions from the game entirely, saying it undermined the “core promise” of its Nemesis System, which allows players to build relationships with procedurally generated characters.

“While purchasing Orcs in the Market is more immediate and provides additional player options, we have come to realize that providing this choice risked undermining the heart of our game, the Nemesis System,” it said. “It allows you to miss out on the awesome player stories you would have otherwise created, and it compromises those same stories even if you don’t buy anything. Simply being aware that they are available for purchase reduces the immersion in the world and takes away from the challenge of building your personal army and your fortresses.”

Changes to “Shadow of War’s” marketplace will launch May 8 alongside the “Desolation of Mordor” expansion.