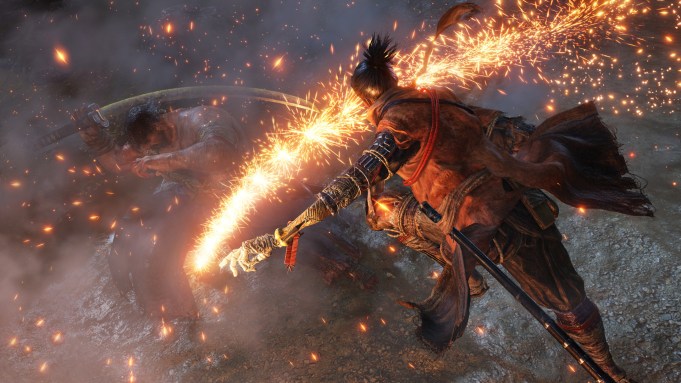 “Sekiro: Shadows Die Twice” is the latest project from “Dark Souls” developer FromSoftware, and it looks every bit as gritty and challenging as the company’s other offerings.

The trailer chooses to focus on the game’s usage of aerial and vertical combat, as well as stealth elements. These aspects set it apart from the gloomy grappling of “Dark Souls,” but fans will certainly come to appreciate how different the two games appear to be at a glance. With wall jumping, grappling, and traversal between buildings in the manner displayed in the new footage, it would make more sense to liken “Sekiro: Shadows Die Twice” to the “Tenchu” or “Onimusha” series at this point.

Coupled with menacing enemy encounters and a sprinkling of lore to tie everything together, this is an explosive trailer that should whet players’ appetites for more things shinobi. The new footage does include subtitles, though the plot line isn’t immediately clear from the brief bits of dialogue shown off.

“Sekiro: Shadows Die Twice” is a third-person action game with RPG elements that follows a young warrior on a mission to rescue his master. It takes place in 1500s Sengoku Japan, and incorporates much of FromSoftware’s austere game mechanics with plenty of brutal and bloody twists. The game is coming to PlayStation 4, Xbox One, and PC on March 22, 2019.