‘Scribblenauts Mega Pack’ Out Now for Switch, PS4 and Xbox One 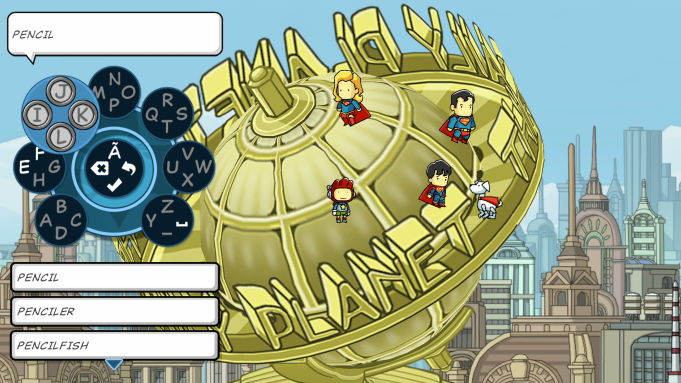 The Nintendo Switch, PlayStation 4, and Xbox One are getting a double dose of creativity with the new “Scribblenauts Mega Pack,” publisher Warner Bros. Interactive Entertainment announced on Tuesday.

For the uninitiated, the “Scribblenauts” franchise is a series of puzzle action games where the player uses words to create objects and solve challenges. Its robust dictionary allows for some wild combinations. Think of it as the video game version of Mad Libs.

“Scribblenauts Unlimited” first launched in 2012 and features a big side-scrolling open world with hand-drawn scenery. Players must help the game’s hero, Maxwell, lift a curse on his sister by summoning various objects and collecting Starites. WBIE and developer 5th Cell have updated the game since its release. It now has two new bonus levels, support for online sharing of user-created objects, an improved two-player mode, and the easy-to-use “sunflower” style text entry system.

“Scribblenauts Unmasked,” meanwhile,” came out in 2013 and combines the series’ creativity with comic book heroes and villains. It’s also been updated with hundreds of new DC characters, objects, and costumes, such as Sun Boy, Wonder Dog, and El Dorado. Plus, there are two new locations from the DC universe, Titans Tower, which is under attack by the demon Trigon, and Belle Reve, the base of operations for Task Force X.

“Scribblenauts Mega Pack” is available now on all three platforms for $40.