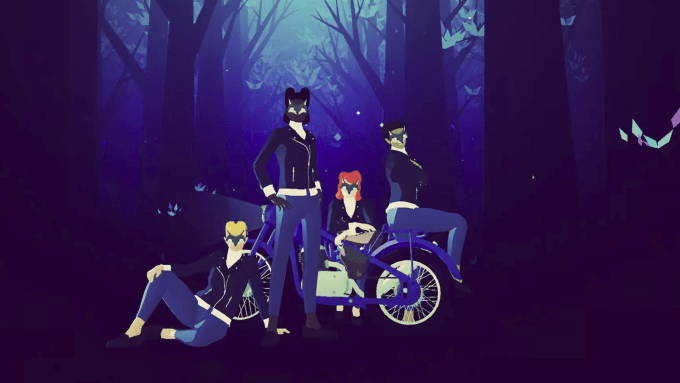 A new game from Simogo titled “Sayonara Wild Hearts” was announced at The Game Awards on Thursday evening.

Simogo is the developer behind “Device 6,” the unique mobile puzzler. We can’t tell much about “Sayonara Wild Hearts” just yet, but the bright colors and pop-music soundtrack of the trailer seem to promise an exciting new game. The trailer straight up calls it “A Pop Album Video Game.”

A departure from mobile games the Sweden-based Simogo has developed in the past, “Sayonara Wild Hearts” is coming to the Nintendo Switch.

While the developer is known for games that are hard to categorize, “Sayonara Wild Hearts” appears to be a bit of a departure in tone with its rapid pace  and neon visuals.

The trailer features characters riding motorcycles, dancing, and wielding an assortment of weapons. We’re not sure exactly how to interpret the trailer, but it looks like whatever Simogo has planned is sure to be anything but boring.

“Sayonara Wild Hearts” is coming sometime in 2019, but we don’t have an exact date just yet. Stay tuned.