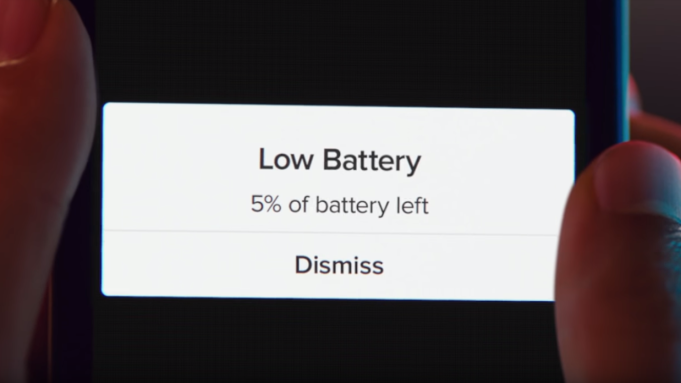 Samsung has released a new teaser trailer for the Galaxy Note 9 and it’s promising a solution to one of mobile’s biggest issues — battery life.

The :30 teaser portrays that familiar modern day fear of a smartphone battery dying at a bad time. Like when you’re trying to catch a rideshare to a business meeting. The hapless Samsung owner tries all the usual tricks to eke out a few more precious minutes — darkening the screen, turning off wifi and GPS, etc.

“Battery can’t keep up?” the video tagline asks. “A lot can change in a day.”

Samsung is releasing a series of teasers leading up to its Galaxy Note 9 Unpacked event on Aug. 9. This one seems to confirm earlier rumors that the new smartphone will have improved battery life. The flagship reportedly features a 4,000mAh battery and up to 25 hours of continuous video playback at maximum brightness. That’s a big improvement over the Galaxy Note 8, which had a 3,300mAh battery.

Of course, the last time Samsung tried to put a big battery into a Galaxy phone, it notoriously didn’t go so well. A defect caused many Note 7 units to overheat and explode. The U.S. Consumer Product Safety Commission issued a recall in 2016, and Samsung later discontinued the phone.

Samsung hasn’t officially revealed many details about its new product, such as specs or price, but if it upholds its battery life promises, the Galaxy Note 9 could become the next great gaming phone.