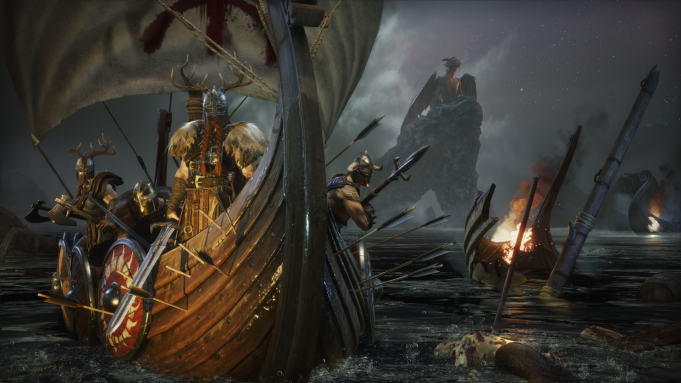 “Rune” is an open-world, Norse Mythology-themed role-playing game and spiritual successor to the 2000 action-adventure game “Rune Classic.” Set in Midgard during Ragnarok, it tasks players with saving the realm from the trickster god Loki by aligning with a chosen god, pillaging villages for weapons and armor, slaying various monsters, and engaging in player vs. player combat with their fellow vikings.

“With ‘Rune Classic,’ we worked to push the boundaries of PvP, and with this spiritual successor, we’re now pushing even further with intense, brutal combat mechanics not often seen in these type of games,” said Human Head partner and project leader Chris Rhinehart.

“Use your enemy’s strength against them — literally rip off their arm and then beat them to death with it!”

Human Head will host a closed beta playtest for U.S. and European players on Sept. 1 from 9 a.m. – 9 p.m. ET. Anyone interested in participating can sign up on the game’s official website for a chance to see the game in action before it hits early access.

Human Head also released pre-order information on Monday. Pre-orders can choose between three unique Founder’s Packs: the Warrior Pack ($30), the Berserker Rage Pack ($40), and the God Slayer Pack ($60). Each set has a Steam Early Access copy of the game, along with exclusive in-game content, the game’s official soundtrack, and more. Additionally, Human Head said the first 10,000 to pre-order at any tier get a digital copy of “Rune Classic.” The packs are available at a 15% discount between now and Sept. 18 with the offer code “Rune15.”