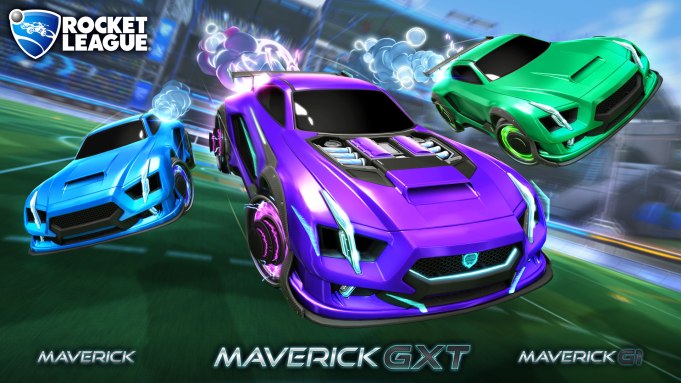 The feature goes live on all platforms — PC, Mac, PlayStation 4, Xbox One, and Nintendo Switch — starting at 10 a.m. PT on Sept. 5.

The Rocket Pass is similar to the season passes found in games like “Fortnite” and “PUBG.” It provides a time-limited progression system full of challenges for players to complete. The free version offers new customization items like player banners and decryptors (keys used to unlock loot crates in-game). The Premium Rocket Pass costs $10 and includes some extra content like car bodies and new premium titles. All of the items can be traded in-game, except for the new titles.

The Premium Pass also gives users an experience boost so they can progress through the ranks more quickly, and leveling up provides more rewards.

“Rocket League” game director Scott Rudi told Variety in a recent interview that Rocket Pass is just another way for Psyonix to show some love to fans who’ve poured thousands of hours into the hit game.

“We didn’t even really think about it from a financial perspective,” he said. “We have enough new players each month to sustain the game, frankly. It’s more about having a short-term experience that engages with players all across the spectrum. I’m a big believer in the one-more-turn compulsion — this idea that, well, I’m only one game away from getting my next tier, so let’s go again.”