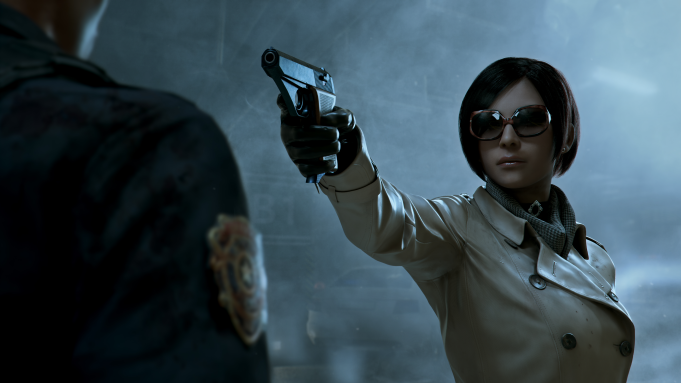 Capcom released a new trailer for its “Resident Evil 2” remake during the Tokyo Game Show on Thursday. It showcases some of the survival horror classic’s characters, including fan-favorite femme fatale Ada Wong.

“It goes back to the same thing of, what would look natural to be wandering around in a photo-realistic environment in?” Kadoi said. “I think wandering around in that dress just getting on with your job as a spy probably doesn’t look as realistic and believable as we want in this new game.”

Someone should tell Capcom wearing dark sunglasses at night isn’t very realistic either.

Ada’s new look isn’t the only change in the remake. It’s doing away with the original’s “Zapping System,” where the game’s two main characters, Claire and Leon, experienced the same plot from two different perspectives (an “A” scenario and a “B” scenario). The player could choose to start the game with either protagonist. This time around, Claire and Leon are getting their own separate, independent campaigns, and Capcom said their collective experiences piece together a comprehensive story.

“[The Zapping System] was a unique way to get two characters’ unique perspectives on a story across,” producer Yoshiaki Hirabayashi said in a recent interview with Variety. “But it inevitably led to repetition as you had to go through multiple playthroughs to see multiple things. We want to have a more efficient way of having players see everything in the game. So we have kind of mashed up and combined the A and B stories of each character into one, so you can choose from Claire’s campaign or Leon’s campaign and see both parts of the story that way.”