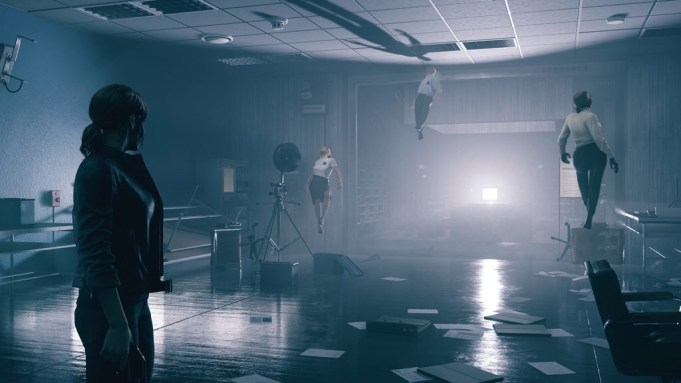 Remedy Entertainment’s latest developer diary explores an intriguing facet of the company’s upcoming game, “Control.” It’s The Oldest House, or the headquarters of the Federal Bureau of Control, and it’s just as strange as its name implies.

Creative director Sam Lake, game director Michael Kasurinen, and narrative lead Anna Megill spoke at length about what to expect from the strange structure, which plays a large role in the upcoming supernatural action-adventure game. Players take on the role of protagonist Jesse Faden, who finds herself caught up in some pretty strange happenings.

“You have these supernatural phenomena that represent chaos. You have chaos and order clashing within The Oldest House, and that’s kind of the theme of the game,” said Megill. The Oldest House is considered the base of operations for the aforementioned Federal Bureau of Control, a secret government agency that’s become embroiled in a conflict with strange invaders known as the Hiss. Inside the Oldest House are bizarre happenings, with floating bodies, moving walls, and other strange things that protagonist Jesse can’t quite explain.

“It’s not just what you think is going on, on the surface. There’s always something happening much deeper, and I think we’re going to have some surprises on exactly how deep this world goes,” said Paul Ehreth, lead designer.

Control is still in development, with plans for the game to launch next year on Xbox One, PlayStation 4, and PC. The occult-centric adventure looks like it will deliver plenty of intriguing story details, as it’s far removed from most of the other games in Remedy’s catalogue.