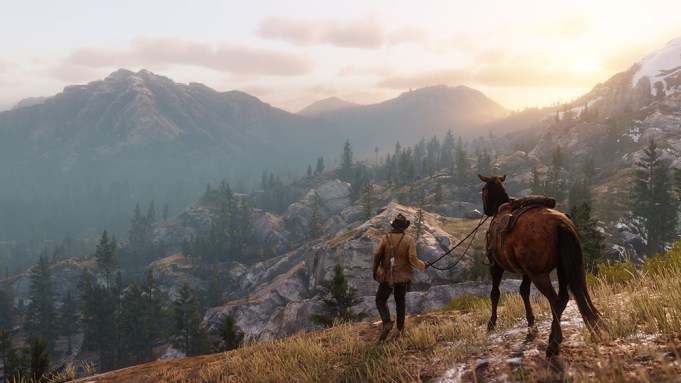 What we know is that “Red Dead Redemption 2” follows Arthur Morgan and the Van der Linde gang in 1899. Previous trailers showed off heists, combat and brief glimpses at the story. Throughout the minute and-a-half of the second trailer, Morgan can be seen accosting others for owed money, threatening to kill young men and hurting plenty of others. Previous trailers also showed series mainstay and antagonist Dutch Van der Linde.  The original “Red Dead Redemption” took place in 1911, capturing the death of the Wild West.

In “Red Dead Redemption 2’s” trailer 3, Rockstar spells out that the game focuses on the twilight of the gunslinger and the wild west as as lawmen hunt down the last remaining outlaw gangs. Those who will not surrender or succumb are killed.

“After a robbery goes badly wrong in the western town of Blackwater, Arthur Morgan and the Van der Linde gang are forced to flee,” according to Rockstar’s description of the video. “With federal agents and the best bounty hunters in the nation massing on their heels, the gang must rob, steal and fight their way across the rugged heartland of America in order to survive. As deepening internal divisions threaten to tear the gang apart, Arthur must make a choice between his own ideals and loyalty to the gang who raised him.”

Originally announced for a fall 2017 release, “Red Dead Redemption 2” has since been delayed. The game is now coming out on Oct. 26 for the PlayStation 4 and Xbox One. Watch the trailer below: