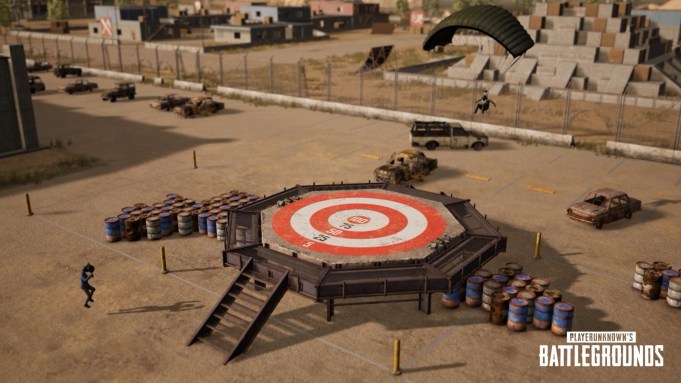 “PlayerUnknown’s Battlegrounds” is getting a training mode and a brand new rewards system, developer PUBG Corp. revealed on Wednesday.

PC Update #21 is on “PUBG’s” test server now and it brings a lot of changes to the battle royale game. The biggest addition is the much-requested training mode. It allows players to practice “all aspects of ‘PUBG’ gameplay’ in a 2×2 map. Up to 20 people can join a training session, which lasts for a total 30 minutes. A player’s health can’t drop below one hit point while in training mode.

PUBG Corp. is also making notable tweaks to how players are rewarded for time spent in-game. It’s adding a supply system that grants rewards based on completed missions and playtime. There’s now a survival gauge that fills with survival XP, and players who fill the bar get rewards when they level up. The developer is also restructuring the BP system. It now takes both play time and ranking into account when offering rewards. Previously, it looked at rankings only. Additionally, players no longer receive four times the BP when they play alone in a squad game.

Update #21 adds some new content to “PUBG” besides the training mode and reward system, including a new AR weapon called the MK47 Mutant. It can be found on all maps as a world spawn. The Sanhok map is also getting an exclusive vehicle called the Tukshai. It’s slower than other vehicles, PUBG Corp. said, but it fits perfectly with the map’s Southeast Asian environment.