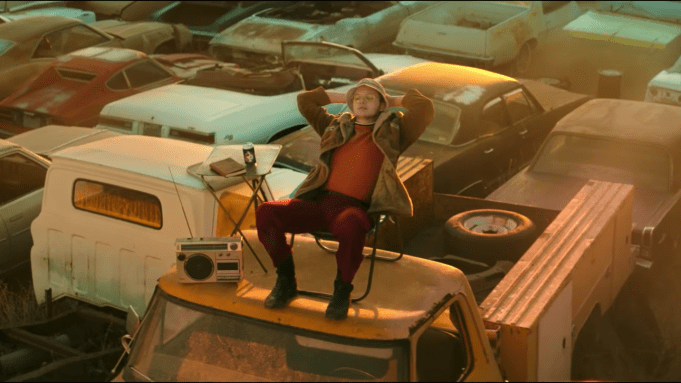 Jordan Vogt-Roberts (Kong: Skull Island) is back with another incredible short based on a popular video game.

The last time Vogt-Roberts worked up a live-action version of a video game was his “Destiny 2” short shot in Detroit. This time he’s taking on “PUBG.”

The video is both an amazing adaptation of the gameplay of the battle royale progenitor as well as a clever homage to movies he’s been involved in. It features Jason Mitchell (“Kong: Skull Island,” “Straight Outta Compton”) and Nick Robinson (“Kings of Summer,” “Jurassic World”). The frenetic energy of the non-stop fight scenes were fueled by Rob Alonzo, the stunt coordinator for “Deadpool” and “Ghost Protocol.” And the whole thing was shot by Chung-hoon Chung, the cinematographer behind “IT” and “Oldboy.”

That last choice is especially apt, given the clever “Oldboy” homage worked into the cornrows which replicates — to some degree — that amazing “Oldboy” fight scene in the hallway.

It’s the sort of short that once more proves Vogt-Roberts both loves and understands the medium of video games and can deftly translate its look and feel to the screen outside of interactive play.

With Vogt-Roberts still lined up to direct the “Metal Gear Solid” film, one can only hope that the next live-action video game work we see from will be a movie.