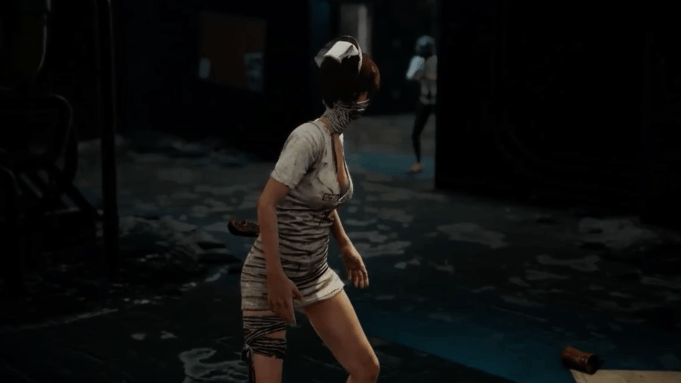 The official “PUBG” account tweeted a nine-second clip with the note “Beware … Halloween Approaches.” The clip features a woman in a nurse costume akin to those from “Silent Hill,” as well as a clown that looks suspiciously like Pennywise of “It” fame in the rafters of an enormous warehouse-like building. Characters creep around in the darkness wielding machetes and the screen fades to black. The YouTube version of the clip states “No treats. All trick. Coming soon.”

There aren’t any details shared in the clip about what players will experience during this promotional event or even when it might kick off, but it certainly looks like a decadently spooky time for players looking to celebrate the season. There will likely be some sort of announcement soon about what additions will be coming to the game for All Hallows’ Eve in the near future.

Meanwhile, “PUBG Mobile” is getting a special night mode for the original Erangel map, which could potentially play into this new reveal for the main game. Further, the Spawn Island area has added pumpkins and candles in a bid to give “PUBG” more of a spooky flavor. It looks like these additions are poised to expand even further in the coming weeks.