‘Pokémon the Movie: The Power of Us’ Comes Westward With Limited Theatrical Run This Fall 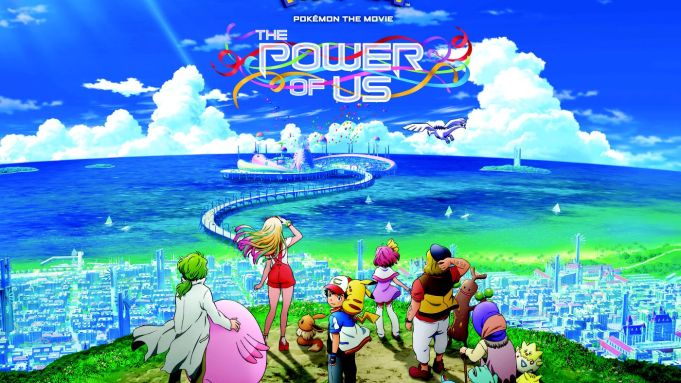 The Pokémon Company announced Monday that the latest “Pokémon” movie, which released in Japanese theaters earlier this year, will be coming westward as “Pokémon the Movie: The Power of Us.”

The feature-length anime presentation is set in an original timeline featuring a new and unique art style, new characters, and a wealth of other fun surprises for fans. Continuing last year’s “Pokémon the Movie: I Choose You,” it follows young trainer Ash as he journeys with his signature Pikachu partner and continues his Pokémon-capturing adventures. The movie takes place in the seaside town of Frau City, where an annual festival celebrating Lugia is held each year in reverence of the creature, as it saved the town from certain doom years prior.

When the festival’s livelihood is put at risk, Ash must team up with others in Frau City to bring it to fruition, while facing off against a cavalcade of Pokémon, and meeting some other familiar faces. The film will heavily feature the Electric-type Mythical Pokémon Zeraora, which debuted in “Pokémon Ultra Sun and Moon.”

The upcoming animated film seemingly references the earlier “Pokémon” film “Pokémon the Movie: 2000,” also featuring the subtitle “The Power of One.” With both features including the Legendary Pokémon Lugia, the subtle nod is likely a fun Easter egg for longtime fans.

“Pokémon the Movie: The Power of Us” will run as a limited theatrical engagement around Thanksgiving, with dates on Nov. 24, 26, 28, and Dec. 1. Tickets are being sold through Fathom Events, with sale dates coming soon.