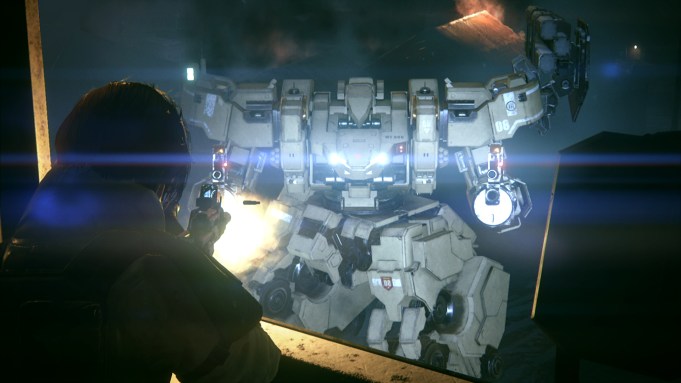 In the lead-up to Tokyo Game Show 2018, Sony held a special PlayStation LineUp Tour on Monday. The show was streamed online for those who couldn’t attend in person, which offered a montage of trailers and announcements for eager PlayStation fans looking for what’s coming around the corner for the system in the rest of 2018 and 2019.

A slew of major announcements debuted during the show, such as the new “Project Judge” IP from “Yakuza” studio Ryu Ga Gotoku Studios, which is sizing up a Western release on PlayStation 4 in 2019. Meanwhile, FromSoftware’s menacing “Sekiro: Shadows Die Twice” showed off new enemy and combat-related footage in a new trailer.

“Kingdom Hearts III” gave fans a look at the game’s upcoming “Big Hero 6” world for the first time, after months of teasing, with an extended trailer detailing what the colorful area is going to look like. There’s also a free “Kingdom Hearts” VR experience coming that will let fans “relive iconic moments from the series.” Square Enix declined to “spoil” what the free software would include, but did confirm that players can unlock “new content” while playing.

“Final Fantasy” fans were in for a treat, with the announcement of “Final Fantasy Crystal Chronicles Remastered Edition,” coming to PlayStation 4 sometime in 2019. Square Enix since confirmed that an English version would indeed be coming, releasing an English trailer alongside the stream.

Mostly, the event was a slew of release dates for a variety of previously-announced titles. Mech action shooter “Left Alive” was shown off with a new trailer showcasing some decadent, gritty action as well as a new release date of Feb. 28, 2019. “Dead or Alive 6” received confirmation that both characters Marie Rose and Honoka would be joining the game when it launches worldwide on Feb. 15, 2019.

FromSoftware’s delicate “Déraciné,” a sight different from everything else in the rest of its catalogue, also received a Nov. 6 release date for PlayStation VR owners. PlayStation VR contained a pretty significant showing, with “Space Channel 5 VR: Arakata Dancing Show,” “Ace Combat 7,” and “Everybody’s Golf VR” rounding out the games showcased during the PSVR portion of the stream.

A surprise announcement came in the form of a new “Samurai Shodown” title coming in 2019 to PlayStation 4: “Samurai Spirits.” SNK is utilizing Unreal Engine 4 for this particular project, and is heading for release in Japan in 2019.

Meanwhile, games like “Monkey King: Hero is Back,” “Gungrave: G.O.R.E.” got new teaser trailers for their PlayStation 4 debuts.

You can view the entirety of the stream above, complete with English voiceover and announcements of each game. Tokyo Game Show 2018 officially begins Sep. 20 and runs through Sep. 23.