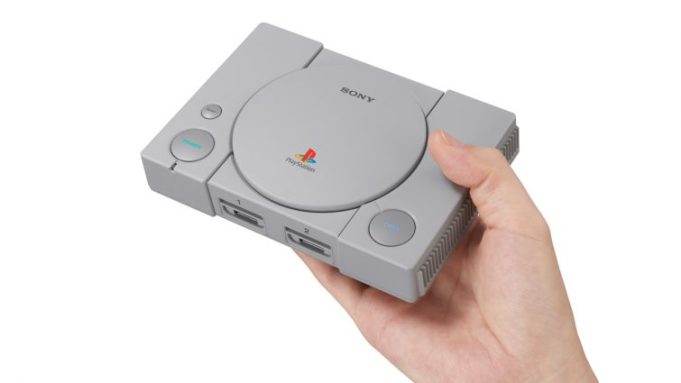 It looks like Nintendo is about to have some competition in the nostalgic mini console market. Sony introduced the PlayStation Classic on the PlayStation Blog on Wednesday, a miniaturized version of the home system it first launched in 1995.

Like Nintendo’s mini consoles, the PlayStation Classic comes with 20 pre-loaded games, including “Final Fantasy VII,” “Jumping Flash,” “Ridge Racer Type 4,” “Tekken 3,” and “Wild Arms.” All of the pre-loaded games will be playable in their original format. Sony said it will reveal the full lineup in coming months.

The mini console is approximately 45% smaller than the original, Sony said, and it has similar controllers and packaging. Each unit comes with an HDMI cable, a USB cable, and two controllers. The AC adaptor is sold separately, though, which is a bit odd.

The original PlayStation, along with competitors like the Nintendo 64 and the Sega Saturn, gave people the chance to play games with real-time 3D graphics in their homes for the first time. It was the biggest-selling console of its hardware generation. It reportedly sold over two million units in Japan in its first six months on the market. In the U.S., it sold around 800,000 in the first four months. It was also the first console in history to ship 100 million units worldwide.

The PlayStation Classic comes out on Dec. 3 — the same day it launched in Japan almost 25 years ago. It’s available for pre-order now at select retailers in the U.S. and Canada and costs $100 USD/$130 CAN.