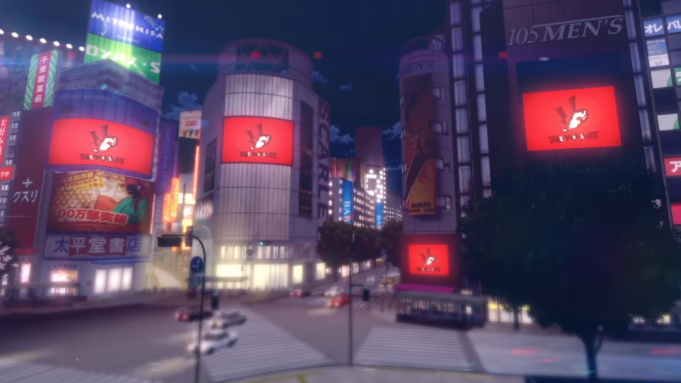 Atlus is reportedly working on a new version of its 2016 PS4-exclusive role-playing game “Persona 5” called “Persona 5 R,” it revealed on Sunday.

The publisher released a short teaser video and accompanying website, but didn’t give any details. It will talk more about what it’s working on in March. The teaser does contain the phrase “New Projects,” however, so it’s possible Atlus will have more to talk about than just the one title.

Many “Persona” fans are hoping for a Nintendo Switch port, especially after the announcement that “Persona 5’s” main character, Joker, is coming to “Super Smash Bros. Ultimate” in a DLC pack. Atlus gave no indication a port is happening, though, and only the PlayStation logo briefly appears before the teaser.

Although Atlus hasn’t confirmed whether or not “Persona 5 R” is a remake, it’s made enhanced versions of “Persona” titles in the past. “Persona 3 FES” is a director’s cut of the 2006 PlayStation 2 game “Persona 3,” for example. It contains a number of changes and improvements, including a new playable epilogue. In 2009, Atlus also released a PlayStation Portable version called “Persona 3 Portable.” That remake added a new female protagonist, story elements, and music. The next entry in the series, the 2008 PlayStation 2 game “Persona 4,” also got an enhanced port on the PlayStation Vita called “Persona 4 Golden” in 2012.

Atlus has also created a number of “Persona” spinoffs over the years, such as the fighting game “Persona 4 Arena” and a series of rhythm titles. A dungeon-crawling RPG for the Nintendo 3DS called “Persona Q2: New Cinema Labyrinth” launched in Japan in November. But, it’s unclear if the new projects referenced in the teaser are for more spinoffs or something else entirely.