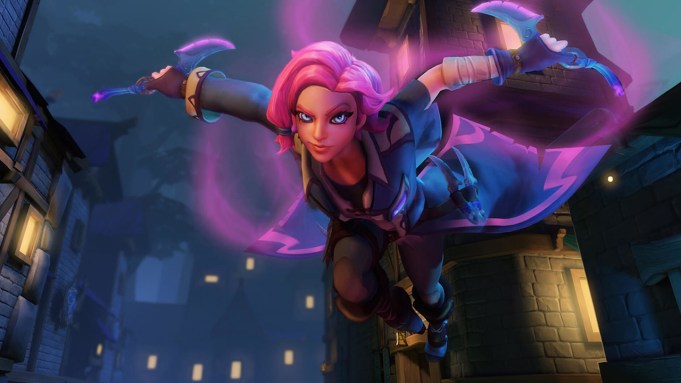 “Paladins: Champions of the Realm” is coming to Nintendo Switch on June 12. Hi-Rez Studios, the game’s developer, announced the news with a trailer and blog post on Wednesday.

The online hero shooter runs at 60 frames per second, offering “the full ‘Paladins’ experience” in both handheld and docked modes. It will support cross-platform play between the Switch and Xbox One populations.

A “Founder’s Pack” edition of the game is available to purchase in the Nintendo eShop for $29.99, but Hi-Rez also plans to release a free-to-play version on Switch later this summer. The Founder’s Pack includes all 36 existing hero characters and their voice packs, along with any future heroes, as well as a number of founder-exclusive cosmetic items.

“Paladins” differentiates itself from similar team-based shooters with a deck-building system, which allows players to customize and tune their heroes to suit various play styles. Allowing for up to 10 players per match, the game supports three modes: a payload-escort game type called Siege, a zone-control mode called Onslaught, and classic team deathmatch.

The title’s arrival on Switch was likely meant to be announced during E3, but it appears that leaked images prompted Hi-Rez to confirm the news a week early.

After a long-running open beta that began on Sept. 16, 2016, “Paladins” officially launched on all current platforms last month, on May 8.