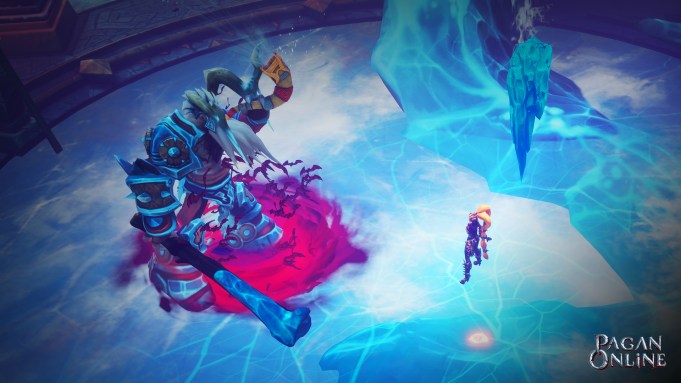 “Pagan Online” features a colorful and cartoonish art style similar to Runic Games’ now-defunct series “Torchlight.” But, that might be where the similarity ends. Where other action-RPGs have you focus on a single playable character with multiple builds, “Pagan Online” encourages you to develop a “family” of unique characters. The game also features a story centered around pre-Christian mythology, procedurally-generated areas, and multiple player choices that lead to different encounters.

Of course, there’s also a “vast” amount of loot. Players will have to experiment to find the right combinations of skill boosts and buffs that complement their playstyles, Wargaming product director Jacob Beucler said. “This means knowing the different characters, how you want to play them, and what they’re good at, and trying out different loadouts until you find the most deadly combination,” he said.

“With ‘Pagan Online’ we’ve worked hard to deliver a fast-paced and intense combat system that’s easy to pick up but difficult to master,” said Uros Banjesevic, co-founder and creative director of Mad Head Games. “We took inspiration from MOBAs to create unique characters with specific skills and specialties, and when you put them into this type of combat system you end up with a family of fighters that do different things well in different scenarios.”

Although “Pagan Online” isn’t coming out until sometime next year, people interested in checking it out ahead of time can register for pre-launch betas Wargaming and Mad Head are calling “Trials” on the game’s official website.