‘Overwatch’s’ Adorable New Hamster Hero Is Live on the PTR 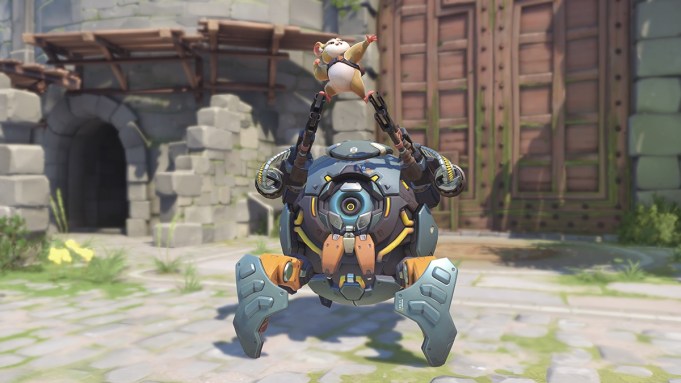 Blizzard Entertainment unveiled the 28th hero coming to its popular online shooter “Overwatch” on Thursday — a giant, adorable hamster in a rolling battle mech called Wrecking Ball (because why the hell not?) — and he’s now available on the game’s public test realm.

Hammond, also known as “Specimen 8,” was genetically modified during his time on Horizon Lunar Colony and, like Winston, was granted increased size and intelligence as a result, Blizzard said. He secretly attached his escape pod to the back of Winston’s ship during a rebellion on the base and has been hanging out in the Australian Outback ever since.

He doesn’t speak any human languages, Blizzard said. Because, you know, hamster. But, his battle mech automatically translates his voice in an appropriately menacing tone.

Wrecking Ball is a tank character and can switch between a bipedal combat mode and a roll mode. He can also climb and swing onto surfaces using his grappling claw and perform a piledriver on enemies. His primary weapons are quad cannons and his ultimate deploys damage-dealing proximity mines around him.

Here’s the full breakdown of his abilities: