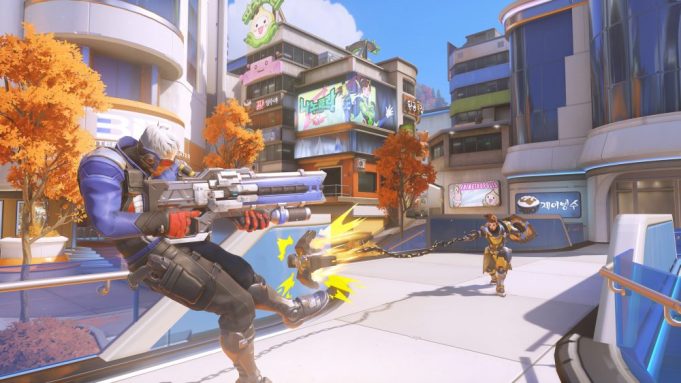 Blizzard Entertainment is adding a special viewer to its online shooter “Overwatch” ahead of BlizzCon 2018 and the Overwatch World Cup semifinals and finals, game director Jeff Kaplan revealed in a developer update video on Tuesday.

The Overwatch World Cup Viewer allows esports fans to watch all of the event’s matches live in real time from a spectator point of view, Kaplan said. That means they can move the cameras around freely and watch from a first-person or third-person perspective. There’s also a top-down view where icons over the heroes display health, ultimate status, and more.

The new feature also includes the ability to watch replays of every match during the semifinals and finals, so fans can view all of the plays from any angle and control settings like camera speed to slow down or speed up the action.

Blizzard will hold a special beta for the Viewer on PC via the Battle.net client just before BlizzCon, which takes place Nov. 2-3 in Anaheim, Calif. This gives the studio time to test it ahead of the World Cup. People who don’t have access to it can still watch the competition in all the usual places, Kaplan said.

Even if some “Overwatch” fans aren’t interested in the World Cup, participating in the beta will help Blizzard improve the technology and someday add it to the game on both PC and consoles, and not just in an esports setting. “Can you imagine going and watching one of your own matches later, but being able to put the camera wherever you want in that replay view? We think that would be pretty amazing,” Kaplan said.

While Kaplan admitted the “Overwatch” team is working on new map content, he made it explicitly clear that there won’t be an announcement at BlizzCon next month. Blizzard revealed Oasis and Blizzard World in previous years, and Kaplan said he felt the maps “got a bit lost in the shuffle.” “They didn’t have as big of an impact as we really wanted and we feel like a new map is something very, very special,” he said.

Of course, that doesn’t mean Blizzard has nothing to share. There will be some “amazing announcements” during the show, Kaplan said.