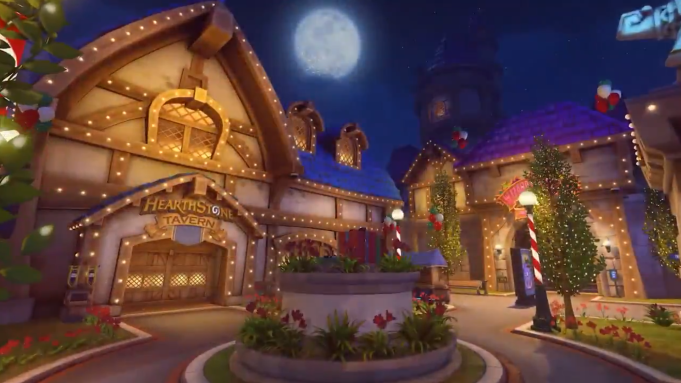 This year’s Winter Wonderland will include a mass of new skins, cosmetics, and sprays as well as the return of the Yeti Hunt and Snowball arcade modes. The event will run from Dec. 11 to Jan 2.

The winter-themed event delivers a holiday makeover for the amusement park map Blizzard World, along with maps Hanamura, King’s Row, Black Forest  Some of the new skins revealed for the event on “Overwatch’s” official Twitter account included surprises like a new look for Windowmaker, the Krampus Junkrat skin, and a gift-wrapped Bastion.

Last year, Blizzard released about 19 holiday-themed skins for characters. This year, as usual, all of the previous Winter Wonderland cosmetics will once again be available in loot boxes during the event. Last year’s Winter Wonderland ran from Dec. 12 to Jan. 1 and introduced a new brawl called Yeti Hunter. It was a 5v1 match where a team of powered up Meis tried to eliminate one Winston, and vice versa. The 2017 event also brought back Mei’s Snowball Offensive from the previous year and introduced over 50 seasonal items.