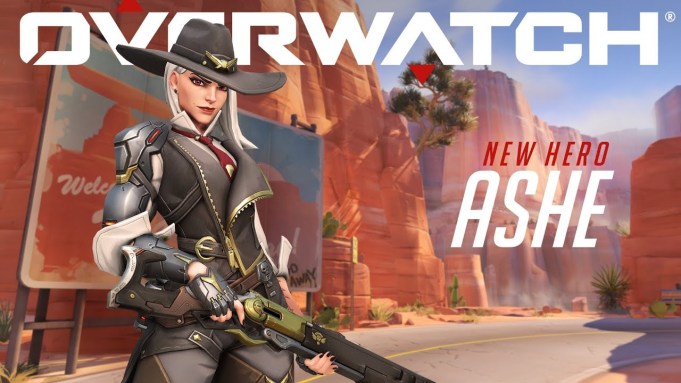 Blizzard took to BlizzCon 2018 on Nov. 2 to debut a new “Overwatch” short featuring McCree, as well as Hero 29: Ashe.

During the BlizzCon 2018 opening ceremonies, the character debuted as the leader of the Deadlock Gang, first introduced during the “Reunion” short and later revealed to be coming to the game as the newest playable character.

Elizabeth “Ashe” Caledonia faced off against “Overwatch” bounty hunter Jesse McCree in a standoff that ended with the two characters feuding over a mysterious crate that appeared to hold great value for McCree.

The gunslinger Ashe obviously has a lot of history with McCree from the look of the short, and while she was referred to as an “old friend” of the character’s, it’s quite possible there are some romantic overtones as well. As Hero 20, Ashe will bring a long-range rifle, a powerful pistol, and dynamite to “Overwatch,” as well as her Ultimate, which comes in the form of her Omnic companion Bob.

Blizzard did not divulge a release date for Ashe just yet, but the new “Reunion” short is available to view online now. “Overwatch” fans also got a special treat during the BlizzCon 2018 keynote in the form of the announcement that Lucio-Ohs would officially be coming to store shelves as part of a partnership with Kellogg’s as a real cereal this December.