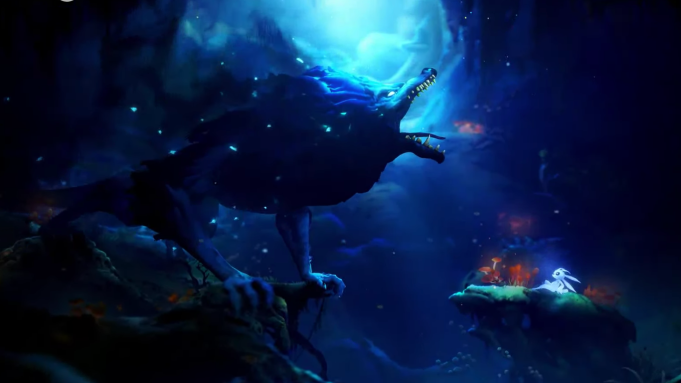 “Ori and the Will of the Wisps” has a new gameplay trailer which Microsoft showed off at their press conference Sunday.

The highly anticipated platform adventure is the sequel to “Ori and the Blind Forest,” released in 2015.

Independent developer Moon Studios are the makers behind the imaginative adventure. The trailer shows an impressive amount of gorgeously detailed and varied environments— from sun-soaked forests to ominous caverns.

Though originally announced at E3 2017, this is the first look we’ve had at gameplay for the title. Players will once again navigate Ori, a glowing white spirit, through fast-paced puzzles and will take on enemies many times its size. Thankfully for Ori, players can find allies to assist along the way. The sequel will also bring “dozens of new spirit weapons, spells and skills” according to the official Xbox page for the title.

“Ori and the Will of the Wisps” will release sometime in 2019 for Xbox One and Windows 10 exclusively.

The gameplay trailer was shown for the first time at the Microsoft Theater in Los Angeles on Sunday, as a part of Xbox’s E3 2018 briefing. Microsoft showed off 50 games at the event, with 18 exclusive titles and 15 titles receiving their worldwide debut.