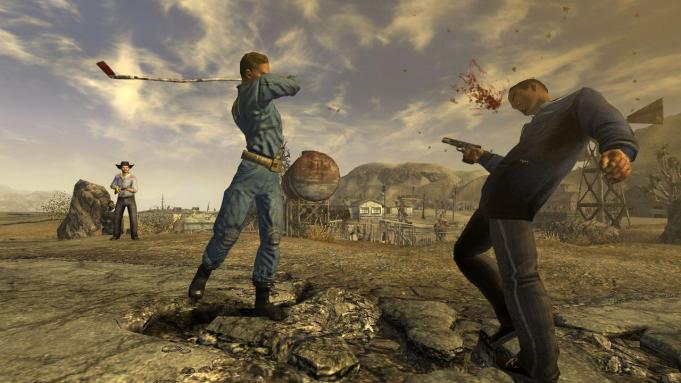 Microsoft plans to acquire “Pillars of Eternity” developer Obsidian Entertainment, it announced on Saturday during its X018 event.

Founded in 2003 by veterans from Black Isle Studios, Obsidian is well-known for PC and console role-playing games like “Fallout: New Vegas,” South Park: The Stick of Truth,” and “Star Wars Knights of the Old Republic II: The Sith Lords.” A series of cancelled projects led to financial troubles in 2012, but the studio managed a comeback three years later thanks to a successful Kickstarter campaign for “Pillars of Eternity,” which raised nearly $4 million.

Last month, Kotaku reported Microsoft was close to acquiring the independent studio. One source told the outlet the deal was “90%” finished, while another said, “It’s a matter of when, not if.”

“As one of the industry’s premiere RPG developers, we couldn’t be more excited about the opportunity to add their expertise to Microsoft Studios, while enabling the studio to preserve its unique culture and build on its talent and vision to fully realize their creative ambitions,” Microsoft said.

Microsoft also announced on Saturday it’s acquiring inXile Entertainment. Like Obsidian, it specializes in RPGs. It’s currently working on “Wasteland 3,” which is expected to launch sometime in 2019.

“While they do share a common heritage, the two creative teams at Obsidian and inXile are very different,” Microsoft said. “They will continue to operate autonomously and bring their unique talents, IP, and expertise to Microsoft Studios as they build new RPG experiences for our players and fans.”