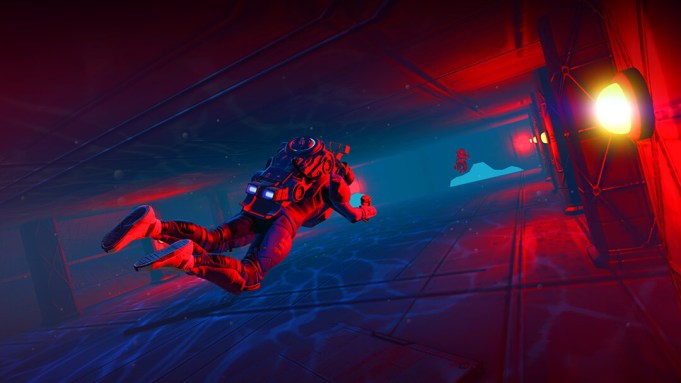 While underwater creatures already lived in ponds, lakes and ocean-like water bodies in “No Man’s Sky,” the latest changes make exploring these areas less of a droll, uninspired chore and more of a sought journey. Exploring underwater will now yield similar hazards to doing so on land, including stumbling upon strange creatures, hunting for treasures and even creating buildings.

The fully-explorable oceanic biomes will be generated more similarly to land biomes with plenty of flora and fauna to discover. There’ll be “No Man’s Sky’s” famous flavor of procedurally-generated unique wildlife which, much like their on-land counterparts, range from harmless reef fish to the new Abyssal Horrors.

To encourage players to trek into the deep in spite of what may lurk, they’ve added quite a few reasons to search the seas. New materials such as the Crystallised Sulphur, Hadal Cores, and Living Pearls are ready to mine and sell through the in-game market. Persistent and observant players can also find submerged ruins with hidden treasures and repairable, flyable spaceships.

The more daring will have a chance to trek on a few new adventures — especially for those travelers interested in “No Man’s Sky” strange but immense lore. The Abyss patch allows players to follow the new Dreams of the Deep primary mission, which focuses on underwater gameplay. Plus, there is now alien lore within the underwater ruins, much like players could discover scattered above ground.

Explorers interested in staying under are given plenty of ways to do so. The update includes the Nautilon, a small underwater submarine capable of mining, navigating and fending off the occasional hostile swimmer. Anyone looking for a more habitable spot can utilize a new underwater shelter structure, including glass corridors, domed windows and “viewing bays” so players can look out to the world aquarium-style. And of course, they’ve increased how all of these things look underwater, with improved visuals and even new diving helmets to match.

Players that prefer to stay dry aren’t being ignored, as there are plenty of additions, updates, and fixes in this patch as well. Hello Games has added a vehicle shop into space stations, letting players more easily access land and sea exploration options. Players can now also scan for frigates and freights in the Analysis Visor, plus fix their friends’ frigates in multiplayer games.