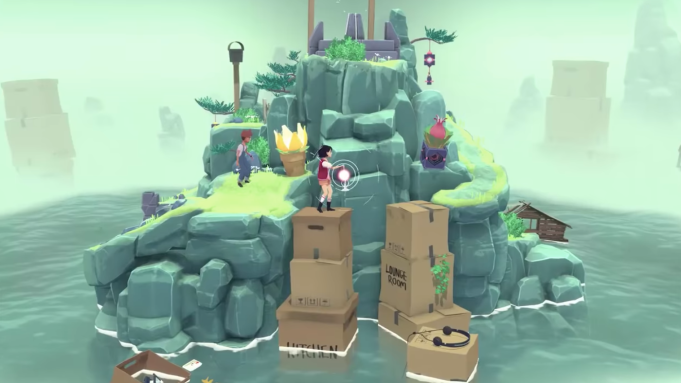 Nintendo showcased over a dozen titles coming to the Switch in an Indie Highlights video released Monday, just ahead of Gamescom 2018.

While Nintendo isn’t holding a press conference or a Nintendo Direct stream this year, the company teased lots of exciting new games that will all be playable on the show floor at Europe’s biggest gaming event. You can check out the video above, but we’ve got the highlights covered.

Four games from 11 Bit Studios are making their way to the Switch this year and next. November brings “This War of Mine” to the Switch, and will include all of the expansions and downloadable content in its Complete Edition. Next up is “Beat Cop,” in which players have to get Jack Kelly out of hot water by finding out who framed the cop for murder, available fall 2018. Fall also brings “Moonlighter,” which features a shopkeeper who aspires to be a hero in what 11 Bit calls an “action-RPG with rogue-lite elements.” Roguelike “Children of Morta” rounds off the list with release in 2019.

11 Bit isn’t the only studio getting some Nintendo love.

“The Gardens Between” is an upcoming puzzler in which the player must control time to manipulate the characters through various islands. The title from The Voxel Agents is releasing Sept. 20.

If you’re looking for more of a mystery than a puzzle, Raw Fury’s “Night Call” has the player driving the streets of Paris, acting as a cabbie and a gumshoe in order to solve a murder mystery. The other mystery is when exactly it will be available, as the vague release date is currently set for “early 2019.”

A few titles are available right now. “Prison Architect” and “Bad North” are now on the Nintendo eShop. “Morphies Law” is available for download Monday starting at 10 a.m. PT.

Other titles making their way to the Switch include:

Gamescom is coming to Cologne, Germany from Aug. 21 to 25. The five day event will have demos and new looks at upcoming titles from Microsoft, Nvidia, and others. Keep up with all the coverage right here at Variety.