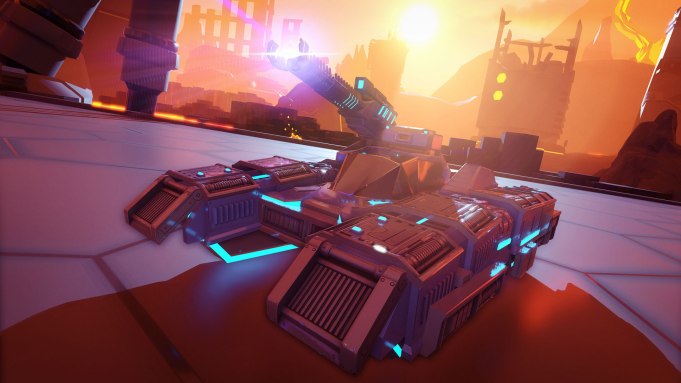 Based on the 1980 arcade game, “Battlezone Gold Edition” released earlier this year for Xbox One, PC and PlayStation 4. Soon, players can enjoy the “rogue-lite” campaign in “Battlefield Gold Edition” on the Switch in solo mode or with up to four other players. Both local and online co-op modes are available.

Players can experience combat from the cockpit of the Cobra tank, the “most advanced weapon ever built,” as they take out bots, mine-deploying trucks, and other tanks. The player’s tank is customizable, and can add special abilities like laser-guided missiles for a powerful offense to shield boosts for a better defense. Mortar cannons and EMP blasts are also options, if you like extra-destructive attack options.

The campaign of “Battlezone Gold Edition” takes place on a procedurally generated map and thus “never plays the same way twice,” according to a press release.

If all of the flash is too much, the game also includes a retro-inspired Classic Mode.

“Battlezone Gold Edition” is available for pre-purchase on the Nintendo eShop now, and those who choose to pre-purchase ill receive a 15% discount. Release date is set for Nov. 8.