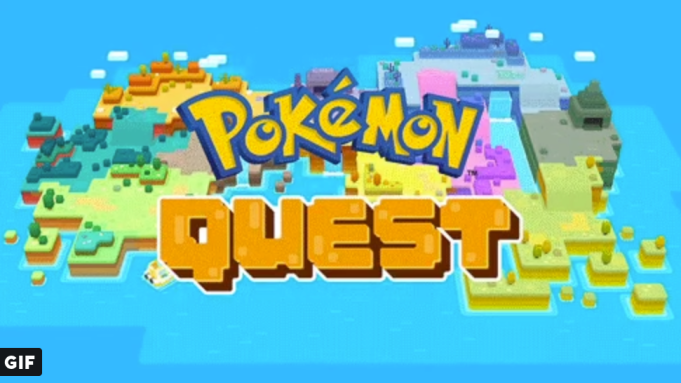 A free new “Pokémon” game hit the Nintendo Switch Tuesday night, Nintendo revealed in a Tokyo press conference. A mobile version of the game will hit next month.

The game is called “Pokémon Quest” and it takes place on a brand-new, mysterious location called Tumblecube Island, where Pokémon have turned into cubes, according to the official Pokémon Twitter.

Grab your Nintendo Switch and get ready for a new adventure! With Pokémon to befriend and hidden treasures to uncover, #PokemonQuest is a brand-new land for you to explore! pic.twitter.com/VZyCXNbG1A

Nintendo said the creatures in “Pokémon Quest” were originally discovered in the Kanto region, but they now have a boxy, cube-like appearance reminiscent of “Minecraft.” Players will get to decide which characteristics their Pokémon have via special items called Power Stones. The players can also decorate their in-game homes with collectibles that not only spruce up the place and provide in-game benefits.

“This new Pokémon title, developed by Game Freak, lets players explore the island of Tumblecube with their team of cute, cube-shaped characters known as Pokéxel,” said Shigeru Ohmori, director at Game Freak. “Players will be able to personalize their Pokémon and develop a strong bond with their Pokémon friends while battling their way through the adventure. With the simple touch-screen controls, Pokémon Quest is a game that Pokémon fans of all ages can pick up and play.”

The game uses simple tapping and touch controls, according to the developer. Players will use items collected throughout expeditions to befriend a wide array of Pokémon. They can also partner with three of their Pokémon to battle through diverse environments.

Here’s the official description of the game from its new website:

“With a cube-shaped art style, Pokémon Quest is unlike any Pokémon game you’ve seen before. The simple gameplay makes it easy to hop into expeditions and start exploring Tumblecube Island with the help of your Pokémon buddies. Afterwards, head back to your base camp where you can use the loot you found during your adventure to befriend more Pokémon. Attract various Kanto Region Pokémon to your base camp by cooking up dishes made with collected ingredients! You can even decorate your base camp with fun items that provide helpful bonuses that make your expeditions more beneficial.”

“Pokémon Quest” will be a free-to-start game. The game sells three sorts of expedition packs for $5 to $18. You can also buy different Power Stones for $3 each.