‘Nier: Automata’ Is Coming to Xbox One Later This Month 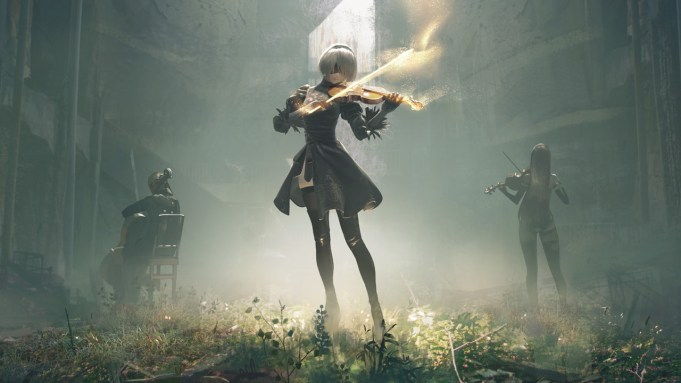 The critically acclaimed action RPG was released in early 2017 on PC and PlayStation 4, and received numerous accolades and award nominations for its superb design, musical score, and narrative. The “Become As Gods” edition of “Nier: Automata” will sell for $49.99 and include the following DLC: the May 2017 expansion, which includes three new colosseums and additional subquests; the Grimoire Weiss pod; two retro pod skins and one “cardboard” pod skin; and the Machine Lifeform mask accessory.

In a tweet earlier this month, Square Enix announced that the game had sold over 3 million units in the 15 months since its release.

#NieR:Automata has shipped more than 3 million physical and digital units worldwide!
Emotions are prohibited but we would still like to say thank you to everyone who has played and enjoyed the game.
Glory to mankind.https://t.co/1VPiTfhOjd

“I’m really happy that it didn’t become one of those games where you just play it and soon forget about it. [It’s been] a year of just feeling grateful for everything and being very happy about it,” the game’s director, Yoko Taro, told Polygon in a recent interview.

This year’s E3 is being held this week, from June 12 to June 14, at the Los Angeles Convention Center. Twitch’s official coverage of the event begins in earnest on Sunday, with Microsoft’s big Xbox showcase starting at 1 p.m. PT.