‘Squadron 42’ Gets a Star-Studded New Trailer 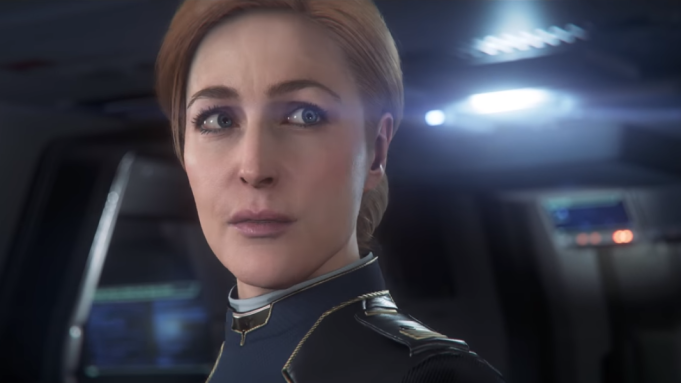 The game takes place in the year 2945. The United Empire of Earth’s Navy protects humanity from alien threats like the Vanduul, outlaws, and bandits. The player joins the eponymous squadron as a rookie combat pilot. Cloud Imperium says the game will offering missions with multiple paths, advanced enemy A.I., and customizable spaceships.

The trailer debuted on Wednesday during CitizenCon in Austin, Texas alongside “Star Citizen’s” big Alpha 3.3 Update. The patch added a number of new features, including a face and voice over IP that maps a player’s facial expressions over their in-game avatar via a webcam. The game also got a hefty technological upgrade thanks to a new tool that controls how much of the game world is loaded by a player’s CPU. New and reworked vehicles, new weapons, and new armor sets were also included in the patch.

“Star Citizen” has been in development since 2012 and has reportedly raised nearly $200 million in crowdfunding. Although Cloud Imperium hasn’t announced a release date yet, it said it will publish a full roadmap to “Squadron 42’s” release in December.