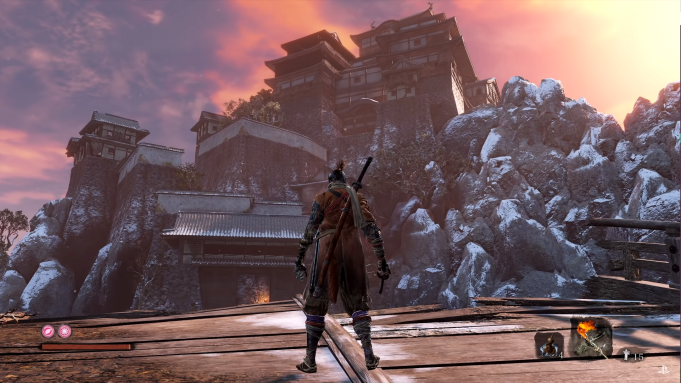 A new look at gameplay for “Sekiro: Shadows Die Twice” shows off the title’s challenging battle system and stealth elements, shared by PlayStation Underground on Saturday.

The upcoming game by FromSoftware is set in a vibrant world based on 1500s Japan, and combines brutal combat with feudal period weapons and armor.

The strategy in the game lies in balancing attacking head on and backing off, as being aggressive, such as dodging into enemies’ attacks will sometimes reward the player— other times the player could be penalized heavily. Think of it as a cat and mouse element to the battling, paying attention to the enemy’s stance can pay off rather than going all in.

The player can swap out abilities via the main character’s prosthetic arm, using different tools, for example, switching to an axe attachment to slash through enemy shields or sticking with a trusty katana instead.

While action is featured heavily, of course, we can also get a feel for stealth elements of the game from this new footage. In one section, the player has the option of grappling directly down to a new area or can instead take the hidden route. Doing so means taking out potential threats to your cover by hugging walls and blending in before delivering killing blows as silently as possible. Enemies are much easier to take out when delivering a blow to the neck from behind.

Sometimes, the player will encounter environmental challenges as well that will, once again, rely on stealthiness. One shown off in the new footage is a giant snake.

The snake can’t be taken out, but the player instead has to time grapples correctly and use tall grasses for cover to avoid its wrath— as it happens, most things in the world of “Sekiro” aren’t exactly friendly.

Finally, we see an intense boss battle with the Corrupted Monk, a challenging foe to take on to be sure, considering the host is unable to take her out.

You can take the monk out yourself when “Sekiro: Shadows Die Twice” when it comes to PlayStation 4, Xbox One, and PC on March 22, 2019.