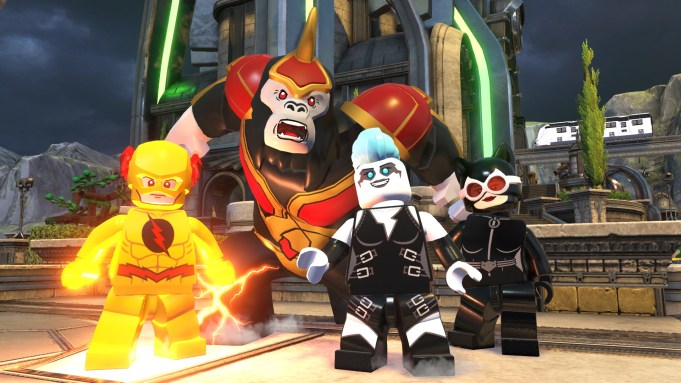 Warner Bros. Interactive Entertainment dropped a new trailer for “Lego DC Super-Villains” during San Diego Comic-Con on Thursday and it showcases some of the various ways players can customize their personal baddie.

“Lego DC Super-Villains” Is the first Lego game to put comic book bad guys front and center. It’s set in a version of the DC universe where villains have disguised themselves as wannabe superheroes called the “Justice Syndicate.” It will be up to a rookie villain (the player) and members of the Injustice League to uncover the group’s true intentions and foil them.

Although the game features Lego versions of iconic DC villains like the Joker, Harley Quinn, and Lex Luthor, the player character is the focus of the story. The trailer sets up the story premise (with some helpful voiceover from Harley Quinn) and offers a glimpse at some of the character customization options. Players can modify their avatars with a number of attachments, including a lizard tail, butterfly wings, and even a pickle suit. There are also plenty of color options. Of course, a super villain needs superpowers, and the player can choose those as well.

People attending SDCC can check out the character creator themselves this weekend, where a hands-on demo will be playable at the Lego booth, DC Comics booth, and Warner Bros. booth during normal show hours.

“Lego DC Super-Villains” comes out on Oct. 16 for PlayStation 4, Xbox One X, Nintendo Switch, and PC.