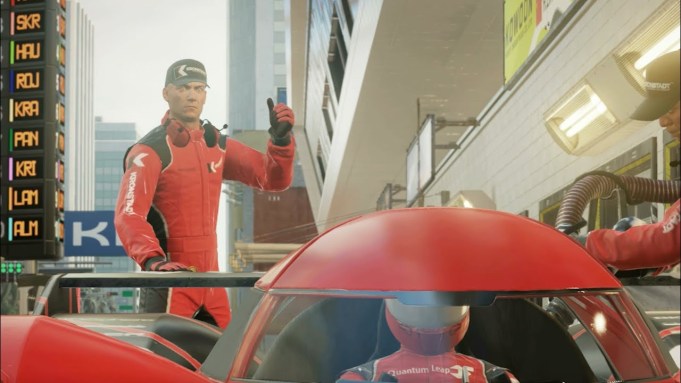 “Hitman 2 — How to Hitman: Immersion” is the first installment of a new video series that will showcase the game’s features, enhancements, weapons, and more leading up to launch.

Developer IO Interactive is promising a world where NPCs work, play, and talk like us. They react to organic or inorganic changes to their environment. This can create a domino effect with vast repercussions for Agent 47. Part of the trailer takes place during a racing event, for example, and the player’s actions can apparently change who wins the competition. A person standing on a podium makes a pretty good target for a sniper rifle after all…

The trailer also claims “Hitman 2’s” environments are as detailed as the people within them. The locations are meticulously designed and filled with secrets. There are more ways to play the way you want — you can knock out NPCs with fresh fish, apparently — and more ways to hunt and kill your targets.

“Hitman 2” comes out Nov. 13 on PC, PlayStation 4, and Xbox One. It comes with a standalone co-op mode called Sniper Assassin, which allows two players to take down targets together. The mode is available to play now as an early access bonus for people who pre-order. “Hitman 2” is the 10th game in the franchise and a followup to the critically-acclaimed 2016 episodic game “Hitman.” IO Interactive created the series in 2000 and bought the rights to it in 2017 after gaining its independence from publisher Square Enix.