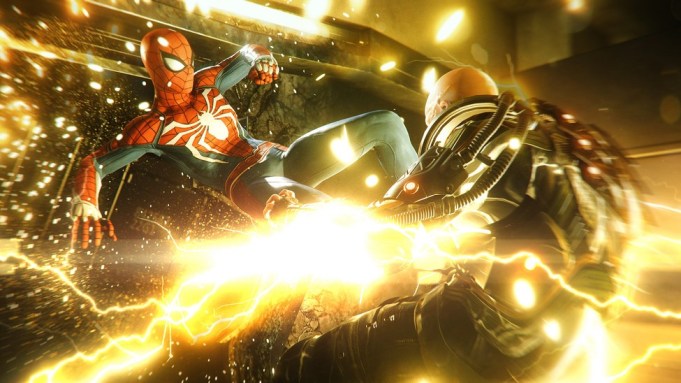 Insomniac debuted a new gameplay trailer for its eagerly awaited “Spider-Man” game at PlayStation’s E3 presser Monday night. The footage showed classic “Spider-Man” villains Electro, Rhino, Scorpion, and the Vulture breaking all the inmates out of the Raft, the Avengers’ off-shore underwater prison.

“Our team is thrilled to finally show you more of what you’ll be up against in ‘Marvel’s Spider-Man,'” Insomniac said in a blog post. “Things heat up for Spider-Man, as many of the Super Villains he has put away over his eight years as Spidey have escaped simultaneously. This is a pivotal moment in the game, where the fragile peace in New York City has now been completely shattered [and] Super Villains have now escaped the maximum-security facility, the Raft, just off the coast of Manhattan. Worse, as you saw at the end of the gameplay video, Spider-Man is no match on his own in the one-vs.-five situation. These are dire times in Marvel’s New York City.”